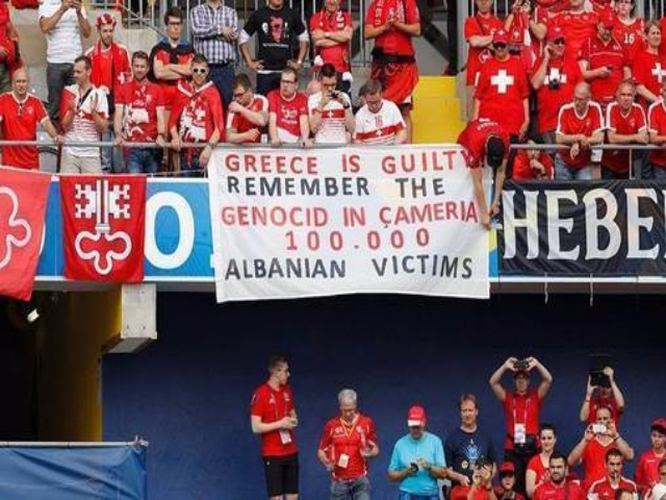 Greece’s Foreign Ministry accused European Enlargement Commissioner Johannes Hahn of siding with Albania on the issue of Albanian Cham’s land claims in Greece. Hahn referred to Chams, stating that their dispute is ongoing between the two countries. The ethnic Albanian group was expelled from Greece at the end of World War II after alleged collaboration with Italian and German occupation forces.
The Cham community of Albania has long sought the return of properties left behind as well as an official apology by the Greek state. Some Chams have referred to their expulsion as an act of genocide.
MEP Maria Spyraki had referred a question to Hahn on Albania’s “irredentism” over the topic. In his response, Hahn said that the issue is an “existing one” between Albania and Greece that needs to be resolved along with other matters. Albania’s private Top TV channel reported that Hahn said that a joint mechanism would be created for both countries to organize periodic meetings to discuss suspended matters, including the Cham case along with other conflicts such as the definition of the continental shelf, Greek-Albanian maritime areas and minority rights.
The Greek Foreign Ministry accused Hahn of lacking impartiality on the matter and indicating a bias towards Albania in his response to the Greek MEP. “As is known, there is no Cham issue and, as a result thereof, never has it been accepted as a topic in negotiations between the governments of Greece and Albania,” said a statement released by Greece on Thursday. “Commissioner Hahn through his untruthful response demonstrates his failure to exercise his duties on the basis of the impartiality principle so that the common interest of the Union may be promoted as provided for in Article 17 of the Treaty of Lisbon. He has already been asked for, and is obligated by virtue of his institutional role to, immediately provide convincing explanations as to the unacceptable and erroneous content of his contentious reply.”