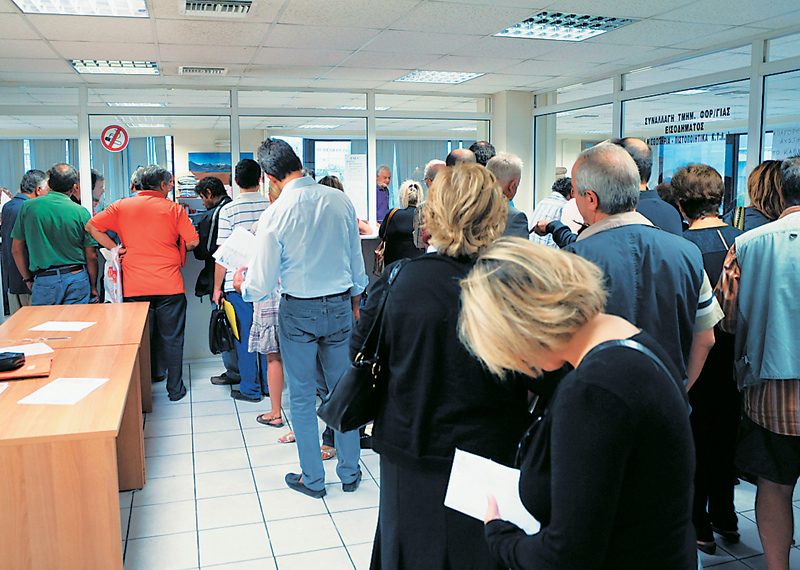 Greek taxpayers‘ debts to the state increased by 1.3 billion euros this year, reaching a total 91.5 billion, amounting to more than half of the country’s gross domestic product.
According to data from the General Secretariat for Public Revenue, in July, when the first income tax installment payment was due, taxpayers failed to pay 336 million euros.
More specifically, 12 billion euros are debts of businesses that went bankrupt, and 8 billion are debts to public utility companies and municipalities.
The figures also show that 77,431 debtors to the state have had assets confiscated, while the government has another 1.5 million names on a list who will see their assets seized if they don’t come forth and pay their dues.
Regarding value added tax, about 25 percent of businesses and freelancers failed to pay their due taxes in August, with taxpayers paying 894 million euros instead of the expected 1.05 billion.
However, the number of state debtors dropped from 4.13 million in July to 4.03 million in August.