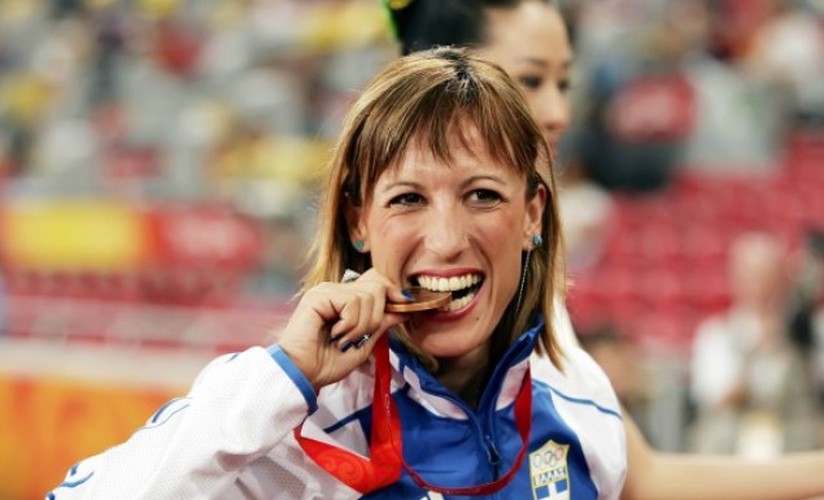 Retired triple jumper Pigi Devetzi is set to lose two Olympic medals after the International Association of Athletics Federations (IAAF) confirmed a two-year disqualification of results as well as a four-year ban following a positive test in sample reanalysis. The Olympic medalist will lose both her 2007 World and 2008 Olympic bronze medals.
The latest blow comes following an already tainted career as the champion athlete is banned until November 10, 2019, though she has already retired from competitions. The ban took place after the athlete was found to be using steroid stanozolol in results from August 31, 2007, to August 30, 2009.
Devetzi jumped 15.23 meters and finished third in Beijing 2008. If she is disqualified, Kazakhstan’s London 2012 Gold and Rio 2016 Bronze Medalist Olga Rypakova could be promoted to Bronze and a third Olympic medal after her initial placement in the fourth position.
Devetzi had also won an Olympic silver medal in 2004, however she was handed a two-year ban in 2009 after failing to give a drug-test sample. Her Adverse Analytical Finding was confirmed on the IAAF’s latest list of athletes suspended from competition following anti-doping violations.
The athlete herself has denied doping charges in both 2007 and 2008 and is vowing to fight the allegations. She released a statement through her lawyer, Michalis Dimitrakopoulos. “Due to confidentiality clauses I can only state that Devetzi never used banned substances and this will be proven,” the statement said.