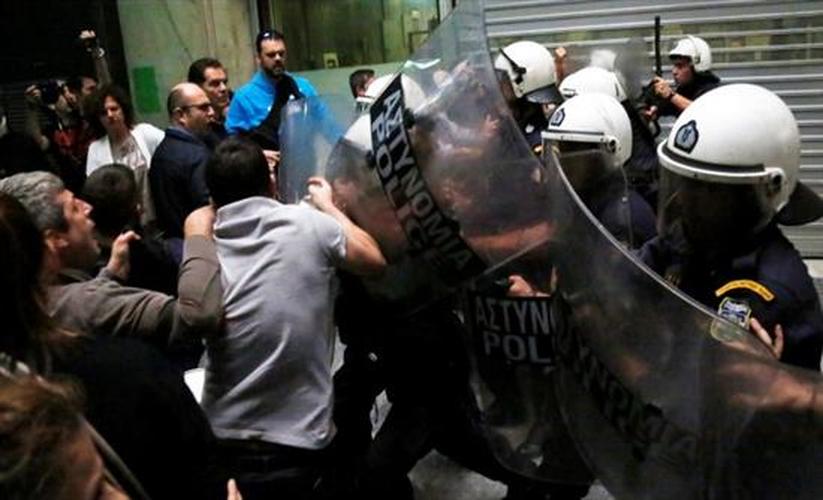 Violent incidents took place between hotel industry employees and the riot police forces outside the Labor Ministry in central Athens on Tuesday. There was friction after protestors from the hotel employees union broke through the police lines and entered the arcade where the entrance of the ministry is located in an effort to storm into the building. They managed to detach some letters from the building’s signage causing police to use tear gas to disperse the protestors. Despite damage, there were no reports of injuries or arrests.
The rally was organized by the union of employees working in the sectors of tourism, hotel and catering companies in Athens to protest against slashes and delays to their pension scheme payments. Their union president, Nikos Papageorgiou, states that hotel employees of a pensionable age have 20 percent scraped off their lump sum retirement benefits. In total, their benefit package has been lessened by 29.7 percent since 2012.
Apart from the decrease, there are delays in their lump sum benefits. The employees are complaining that the lump sum benefits are often delayed up to 9 months, and the same is true of their sickness benefits that should be claimed within two weeks but are also delayed for around 9 months.