Education Minister Takes Back Accusations Against Church of Greece 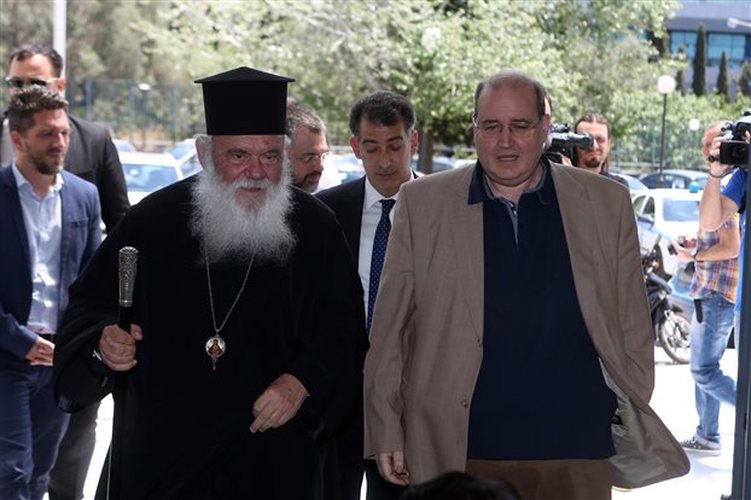 Education Minister Nikos Filis on Monday took back his accusations against the Church of Greece for its role during the German occupation and the dictatorship.
The changes in religion classes in Greek schools have generated a squabble between Filis and Archbishop Ieronymos II of Athens and All Greece. More so after the minister alleged that the Church played a suspicious role during the German occupation and the 7-year junta.
Initially, Filis claimed that the changes in religion courses were endorsed by Prime Minister Alexis Tsipras. Yet, after an informal meeting between Tsipras cabinet members, government officials distanced themselves from Filis’ positions. Sources close to Maximos Mansion say that the government line is that it is pointless to discuss things that do not relate to the present.
The education minister appeared more conciliatory on Monday, when he spoke on Real fm: “If it helps the discussion on the subject of religion course, I can put (my previous statement) aside. I’m not selfish… I am earthly man and I want to facilitate the consultation,” he said.
Regarding the Maximos Mansion leak that discussing the past is not necessary and we should concentrate on the present, Filis said that, “There is a view that a debate should not refer to the past but should focus on the present and the future. I believe that is correct. Besides, I did not do an extensive reference to issues of the past. I spoke on issues having to do with the Church and its role in dark periods of Greek history. These issues are discussed among people, I wasn’t the one who started this conversation.”
Regarding the indirect “reprimand” by Tsipras and other cabinet members who distanced themselves from his positions, Filis said that, “It is not characteristic of the Left and of our governments to distance ourselves (from our partners). These are games that were played in earlier times. Here we have a collective mode of operating and, of course, the prime minister has the first word. The issue of religious education with the new program is obviously viewed positively by the government.”