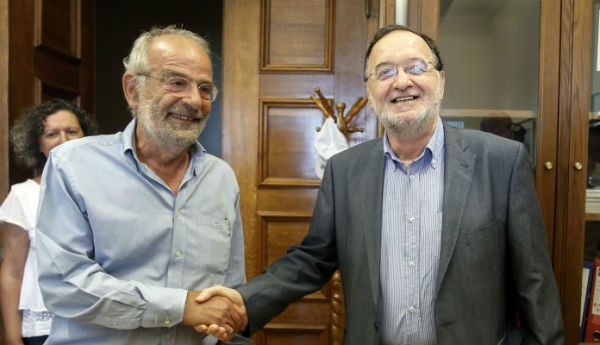 After leaving the ruling party in July 2015, Lafazanis along with other SYRIZA defectors formed Popular Unity, an anti-EU party that called for the return to the drachma. Yet, the new party failed to enter parliament in the September 2015 elections.
Alavanos was chief of the party that later became SYRIZA, and he was the person who passed the leadership to Tsipras. Now he is vehemently against the Greek prime minister accusing him publicly for betraying leftist ideals and signing the full of austerity measures bailout agreement. Alavanos has formed Plan B, a party that supports Greece’s return to the drachma.
The two leftist politicians reportedly plan to join forces after a meeting they had on Friday night.
After the meeting, Popular Unity issued a statement saying the party leaders discussed the “tragic dead-ends that the country and Greek people face due to the disastrous austerity policies of the Tsipras government.”