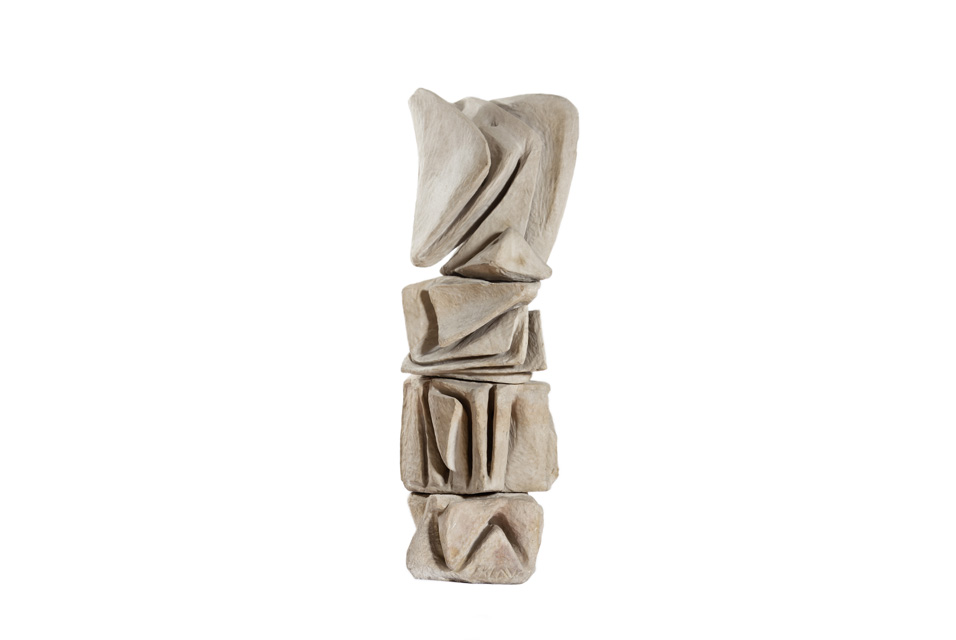 Two sculptures by Yerassimos Sklavos will be on auction at the Bonhams Greek Art sale in London on November 16.

The late sculptor lived and breathed his work and was known as an artist who pushed limits experimenting with new, innovative mediums of creating sculpture, including patenting a technique of cutting stone using an oxy-acetylene flame.

“Look at my Volcano; it’s made of Egyptian granite, the hardest stone on earth. No one could ever carve it, no matter how much they tried. But I sculpted it, I shaped it, I gave it the form I wanted,” he once said of the piece.

Born on the Greek island of Kefalonia in 1927, Sklavos died in 1967 at the young age of 40 when he was crushed by a large granite sculpture he was working on in his Paris studio.