The Price of a Hospital Blanket 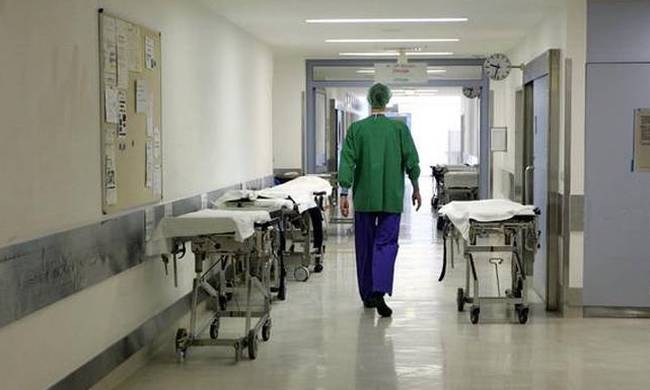 There is this place that attracts hundreds of pigeons that feast during the day and drop their muck covering windowsills and dead birds left to rot and prone to spread diseases, yet, nobody cares. It’s about a place that darkness of the night welcomes an army of cockroaches and mosquitoes on a rampage in search for food; nobody cares. It’s a place where beautiful plants in clear view to everyone are neglected and left hanging dead against the walls; nobody cares. It’s a place where a number of toilet facilities are neglected and remain unclean and without hygiene paper in containers……..nobody cares!
Yes, it’s a place where disillusioned underpaid employees work without enthusiasm or motivation; nobody cares. It’s a place where people are treated with little respect where hierarchical arrogance is displayed at its best; nobody cares. It’s a place where a citizen’s “right to know” does not exist; nobody cares. It’s a place where ordinary people are treated as “children of lesser gods”………nobody really cares!
It’s a place where some equipment doesn’t seem to be working and parts of the buildings are in a desperate need of maintenance and looking drub; nobody cares. It’s a place that does not operate on a meritocratic system but thrives on nepotism and political party meddling; nobody cares. It’s a place where a code of silence prevails in fear of repercussions; yet even so, nobody cares!
This rapidly deteriorating structure is not found in a third world country but it’s in a EU member state. It’s called: Paphos Hospital in a city that would play host to Pafos 2017 European Capital of Culture.
At its opening in 1992, it was considered one of the best medical centers in the Middle East. Nowadays, this is not so. It has steadily declined and is now unable to handle the ever-increasing workload due to population growth but also due to negligence and bad management. When it was first built it served a population of 53,000, today, that number has tripled. Visiting the hospital it becomes obvious that it cannot cope with the demand unless major funding is injected into it.
Private hospitals did absorb a lot of the medical care but not everyone can afford private hospitals. Meanwhile, hospital staff and doctors choose to relocate and work in private hospitals where the financial rewards are much greater and the conditions are better. The shortage of professional medical staff is quite obvious in a number of hospitals across the land and even so, they are neglected by the government to save billions in support of corrupt banks.
The great little hospital of Polis Chrysochous, that had served the region well for many years, is a victim of brutal cutbacks. Without funding and doctors, all its wards have been forced to shut down and now operate with a small but dedicated skeleton medical crew. The sick are re-directed to Paphos Hospital adding greater stress not only to the hospital, but also to the elderly and the most vulnerable sectors in society.
Patients today from the northwestern region of the island, have to make a tiring long journey to get to Paphos Hospital and face a collapsing administrative system. The sick are faced with chaos and may line up for hours before being seen by a doctor. Cancer patients on the other hand that live in far away places such as Pomos or Pyrgos and nearby districts, suffer a nightmare: they have to get up at 5 a.m. to make the 4 to 5-hour journey on a bus to Nicosia for a morning treatment and then return home. This appalling state of affairs seems to be tolerated by a failed government that has no sensible medical plan or policies to make citizen’s lives any better.
When a nation allows public hospitals to reduce to such deplorable conditions it’s a most shameful act indeed. Paphos Hospital, exposes a damning record of government incompetence that has lost sight of what is important; saving corrupt banks or saving lives of citizens?
On this issue the current government has shockingly chosen to save the banks at the cost of people’s welfare.
The new Mayor of Paphos has been a breath of fresh air and a revolutionary in his attempt to clean out the corruption stables of Paphos. His radical actions are most commendable indeed! However, during the activities of Paphos 2017, visitors that must use the hospital facilities, will be shocked at the conditions. This is the reason why the Paphos and Polis Hospitals both need a maverick to trigger changes for the better; that’s not impossible for a mayor to trigger those changes!
One of the most appalling signs of absolute hospital breakdown is the case of a proverbial blanket: for two nights a patient shivering from cold with clattering teeth kept asking for a blanket only to be told by the staff, that due to cut backs there were none available to give. The patient ended up walking scouting for one around the wards but to no avail. And this happened in a surgery ward. Can anyone believe that? Not a blanket available in a hospital ward of a EU country? The administration and those authorities responsible should all be ashamed.
Yet, the government plays ignorant. A shepherd’s duty is to shear his sheep but would never skin them alive because his own survival depends on it; yet this government seems to have a policy of skinning citizens alive without care of the consequences of whether they survive or not!
A most disgraceful political philosophy by a shameless government.