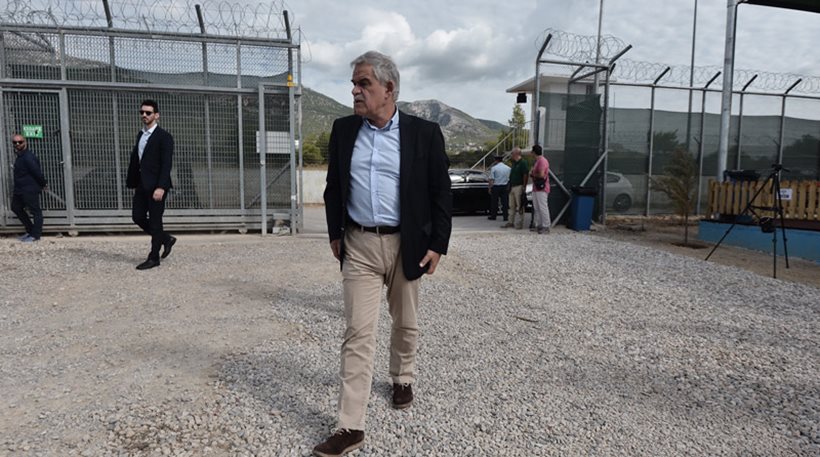 The notorious Amygdaleza camp for migrants and refugees opened up again by the very government that criticized its existence. Alternative Public Order Minister Nikos Toskas inaugurated its “new” settlement for 300 refugees. In an effort to disconnect the link with the Amygdaleza that had brought heartache to so many people with the new one, the government revamped the area with a children’s playground and wireless internet access.
Toskas visited the site on Wednesday morning, along with the general secretary of the Ministry of Internal Affairs and Administration, Jannetos Filippakos. The two men toured the grounds of the “new” Amygdaleza, that is essentially the same dusty facility with containers and barbed-wire fencing that the Radical Left Coalition (SYRIZA) government had shut down due to its “horrendous living conditions.” Now, it has been reborn as a “new venue” – as though internet access and a small playground can make all the difference.
The government department responsible for the running of Amygdaleza will ensure the operation of the facility using a new structure so that refugees and migrants pass through for a 10-day period before being relocated elsewhere. Those wishing to return to their countries can also put an end to their asylum request and stay at Amygdaleza until their passports are issued.

Jade Carey Wins Gymnastic Gold for US in Floor Exercise