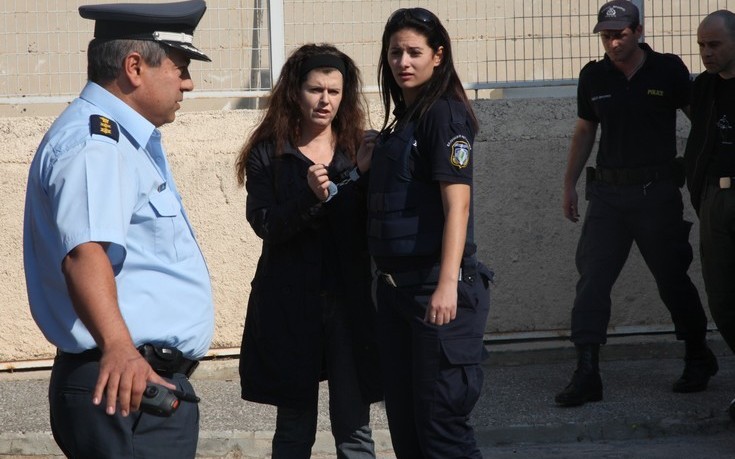 The Counterterrorism unit of the Hellenic Police are investigating an armed bank robbery committed in Malesina, central Greece, suspecting that members of a terrorist group were involved.
The robbery took place on Tuesday, when three persons wearing female wigs entered the bank and took off with about 150,000 euros. According to witnesses, two of the persons were female. The information led counterterrorism officers to believe that one of the robbers was Pola Roupa, wanted fugitive as partner of imprisoned terrorist Nikos Maziotis, chief of terrorist group Revolutionary Struggle.
Also, the robbery method is very similar to the one the group has used in the past. Specifically, the two women and the man entered the bank and threatened employees at gunpoint saying that they are “expropriating money” as part of their “social intervention.” After they took the money, the perpetrators escaped in a stolen Toyota Starlet, later found abandoned. All parts of the vehicle that had been touched by hands, were wiped down with chlorine.