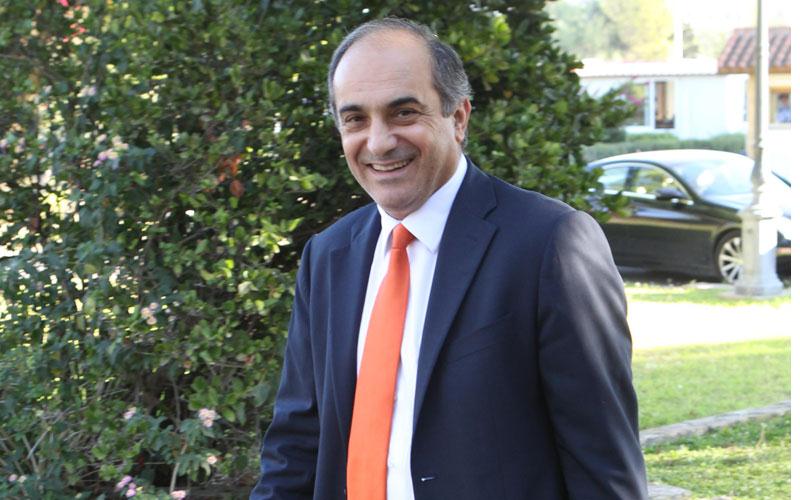 The President of the House of Representatives Demetris Syllouris arrived on Tuesday morning in the Greek capital on an official two-day visit and is expected to meet with the country’s political leadership.
Athens is the first destination abroad Syllouris is visiting in his capacity as President of the House, since assuming office in June. The visit is taking place at the invitation of the President of the Hellenic Parliament, Nikos Voutsis.
Contacts start this morning with a tête-à-tête with Panos Kammenos, the Greek Defense Minister and President of the “Independent Greeks” party.
He will then go to the Parliament to meet his Greek counterpart, who is expected to decorate him with the Gold Medal of the Hellenic Parliament. Later on, the President of the House will attend a lunch, hosted in his honor by Voutsis.
On Wednesday, Syllouris will start his second day in Athens with a meeting with a delegation of the Federation of Cypriot organizations in Greece.
After that, he will be received by the President of the Hellenic Republic Prokopis Pavlopoulos, at the Presidential Palace, and at noon, he will meet with the Greek Premier Alexis Tsipras.
During his visit Syllouris will meet separately with leaders or representatives of Greek parliamentary parties.
Syllouris concludes his Athens visit on Wednesday afternoon and departs for Strasbourg, in order to attend the European Conference of Presidents of Parliament, organized every two years by the Parliamentary Assembly of the Council of Europe (PACE).
Source: CNA