GRNews
GreekReporter.comGreek NewsEconomyGreek Rent Prices: It is Cheaper to Live in Mykonos These Days

Greek Rent Prices: It is Cheaper to Live in Mykonos These Days 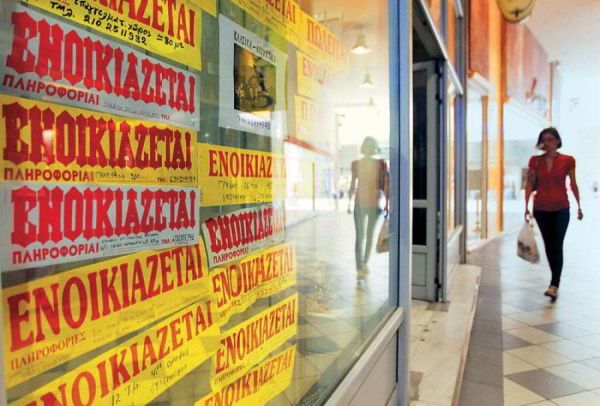 The home bubble has burst in Athens with home prices and leases continuing to drop, however rents are rising in Karditsa and Volos but remaining stable in Thessaloniki, Syros and Mykonos.
In a market that hit rock bottom following Greece’s financial meltdown home prices have plummeted with basement flats selling for a song. Rent prices in the capital have also dropped and are continuing to do so, says Remax realtors.
Remax data shows that standards being set by those interested in renting a home differ from region to region however Greeks generally seek small 1-2 bedroom flats of up to 20 years or older, provided they have been renovated. The nationwide survey found that rents dropped by 1 percent from the already low prices noted last year, however there were 11-percent drops noted in Patra and Corfu and 7 percent in Lamia. Areas such as Karditsa and Volos noted a 7 percent rise.
Athens
The steepest drops in Athens were noted at upmarket regions such as Ekali and Psychiko (13 percent), the working class western suburbs (10 percent) and some regions of the center, such as Ambelokipoi (11 percent). Most other regions stayed the same but upmarket Kolonaki in the city center noted a rise of 5 percent. Most popular Athenian properties were in neighborly areas such as Nea Smyrni, Halandri, Maroussi, Agia Paraskevi with tenants preferring two-bedroom apartments of around 80 square meters that were offered at prices ranging from 400-500 euros. On the more affluent end of the spectrum, in areas such as Kifissia and Nea Erithrea, the demand was for 2-floor houses of more than 150 square meters that are rent out for 1,000-1,200 euros. The same style houses are rent out for 1,500-2,500 euros in wealthy Psychiko, Filothei and Ekali.
Piraeus
Working class regions in Piraeus, such as Korydallos and Nikaia, saw tenants opting for 2-bedroom apartments for 350 euros per month.
Thessaloniki
People prefer renting one-bedroom apartments for 250-300 euros in Thessaloniki. A small increase in rents was noted in Thessaloniki from 3-8 percent in the city center but other areas remained the same.
Panorama, one of the most expensive areas of Thessaloniki, was relatively cheap compared to Athenian prices with a 180-square-meter home available for 700 euros per month.
Other areas of Greece
Volos, Larisa and Patra tenants prefer small apartments that they can get for a song from 180-300 euros per month. In Lamia and Karditsa, a 3-bedroom apartment can be found at 300 euros per month.
Islands
A small apartment on Syros can be leased out at 250 euros per month, whereas the same flat would cost 700-800 euros on Mykonos.