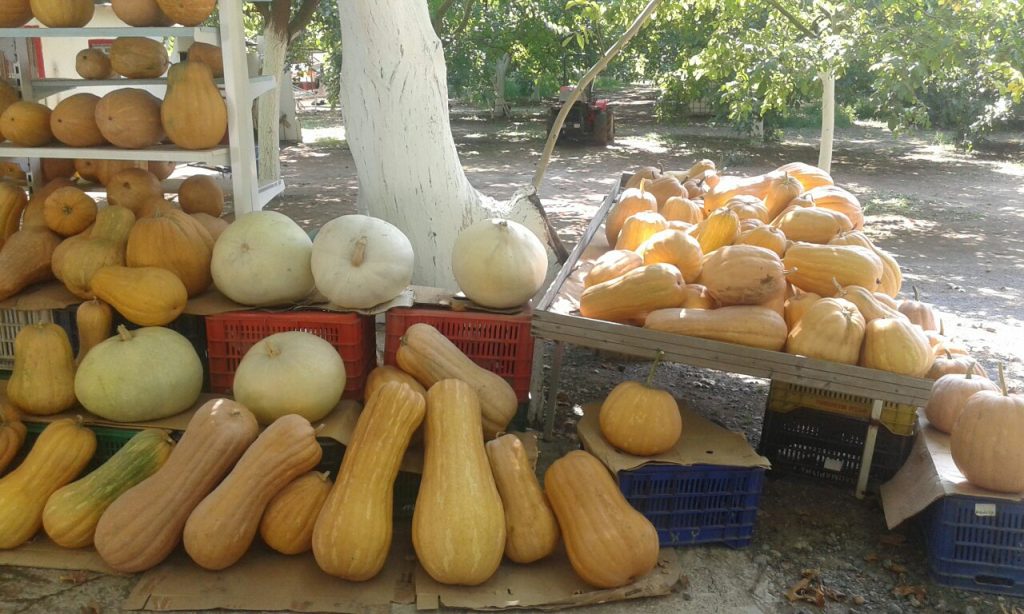 As the summer months dwindle away, Greek gardens are filling up with squash that are used for both sweet and salty pites (pies) eaten towards the end of the summer into the cooler autumn and winter months.
These Greek treats use summer squash like zucchini as well as winter squash such as butternut or acorn varieties. They last for months on end during the cooler months, so be sure to stock up on different types of squash so that you can enjoy these Greek dishes over and over again! Let’s look at salty and sweet squash pies with these two recipes from the Greek island of Chios.
Kolokythopita with Fennel
1 package ready-made phyllo
1 carnival squash (or any winter squash will do), with skin peeled and diced
1/3 cup olive oil
1 large onion, peeled and diced
1 fennel bulb, trimmed and finely chopped
1/3 cup short grain rice (or you can substitute bulgur)
½ cup chopped fennel fronds, or dill
1 ½ cups crumbled feta
2/3 cup grated hard, salty yellow cheese such as pecorino Romano or kefalotiri
Salt and pepper to taste
How to Prepare: 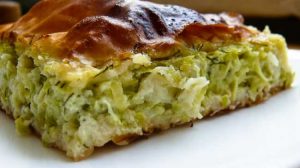 1. In a large skillet heat the oil and sauté opinions until transparent and then add the squash and fennel. Increase the heat to high to cook the squash faster (until it becomes soft).
2. Add the rice to the mixture of squash and add salt and pepper to taste. After a few minutes remove from the heat and add the chopped dill then cover and let stand an additional 15 minutes.
3. Add the cheese to the mixture stirring it in evenly.
4. Oil a 13×9 inch baking pan. Roll out the phyllo to cover the bottom of the pan with its edges hanging over the parameter. You can add a couple of phyllo for a heavier base if you prefer, just always be sure to lightly brush olive oil on each sheet as you lay it down. Add the squash filling. Use the remaining phyllo to lay over the mixture and pinch together with the phyllo from the bottom to seal it completely.
5. Brush the top of the pie with milk or olive oil and bake at 350F degrees until the top is golden.
Here’s a step-by-step video making a variation of the above pita using zucchini, which is also very popular in Greece: 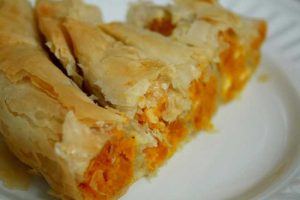 1. In a large bowl combine the grated or cubed squash, sugars, rice, oil, cheese and cinnamon.
2. Oil a 9-inch pie dish to use and layer to phyllo as above for the previous pita, or you can make a traditional spiral pita by placing a line of filling at the edge of the phyllo sheet and rolling it into a log. You then can fill a round pie pan with the logs starting at the outside working your way to the center until you have a completed spiral.
3. Bake at 350F degrees until golden brown on top. When you take it out of the oven sprinkle a little powdered sugar and cinnamon over it while it’s still hot. Let it stand for 15-20 minutes and enjoy!