GRNews
GreekReporter.comGreeceThe Next Day of National Broadcasting in Greece Finds Many Unemployed, Indignant,...

The Next Day of National Broadcasting in Greece Finds Many Unemployed, Indignant, Bitter 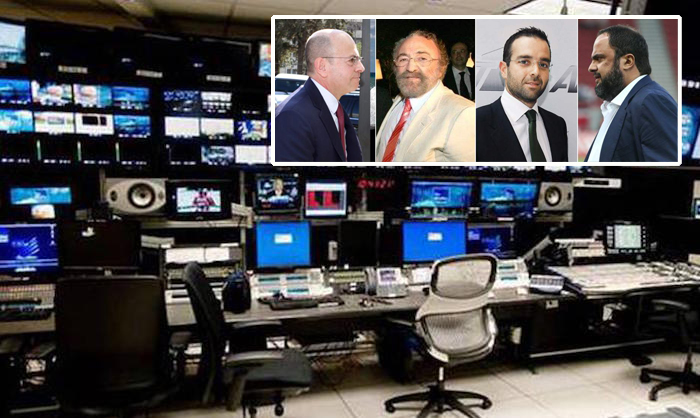 After the television license tender that finished early Friday morning with four winners, the next day in national broadcasting in Greece finds four established television stations at the stage where they have 90 days to stop broadcasting.
Three emblematic TV stations that marked the era of private broadcasting in Greece will have to shut down. Star, MEGA and Alpha failed to secure a license, and the same applies to newcomer Epsilon. Now, all four stations have ninety days to pack house.
Thousands of employees, journalists, contributing freelancers and suppliers will lose their jobs at a time when unemployment is steadily around 25 percent.
The reactions of the broadcasters who failed to receive operation permits will be fierce. All existing television stations have already taken legal action against the government, contesting the legality of the tender and procedures followed.
Opposition parties are on the side of the media owners, challenging the government’s arbitrary decision to give full responsibility of the television licensing to a state minister instead of an independent authority, which is the National Radio and Television Council (ESR).
Gov’t spokeswoman: Existing stations will shut down in 90 days
Government spokesperson Olga Gerovasili said that existing TV stations without a license will have to stop broadcasting in 90 days.
Gerovasili spoke to ΩBima Fm 99.5 saying that Digea, the digital signal provider, is obliged to stop broadcasting the signals of Alpha, Star, MEGA and Epsilon in 90 days. She was also categorical that no other nationwide broadcasting licenses will be given.
“Digea must do what is legal. Even though Digea, through a scandalous contest, is a coalition of TV station owners, they will have to stop the signal themselves. This is reality,” Gerovasili said.
The government spokesperson also attacked main opposition New Democracy for disputing the legality of the tender, saying that the conservative party was content with the lawlessness that existed in broadcasting.
When asked about the employees of the stations without a license, she said that they will be absorbed by the new stations.
Opposition reacts to the licensing tender
New Democracy spokesperson Giorgos Koumoutsakos said that his party will restore legitimacy in the television landscape when in power. “The licensing responsibility will return to the National Radio and Television Council and the licenses will, naturally, be more than four, exploiting all possibilities of the digital spectrum. ”
“Mrs Gerovasili, on behalf of the Tsipras-Kammenos-Pappas government, admitted that in 90 days the stations without a license will shut down. She acknowledges, therefore, that the goal of this government is to silence any voice in media and society opposing the government. She admits that the contest for broadcasting licenses, which is literally in the air, is the definition of corruption, because it is based on the logic of bidding. The citizens wonder what the new licensed owners will get in return for the millions they spent.”