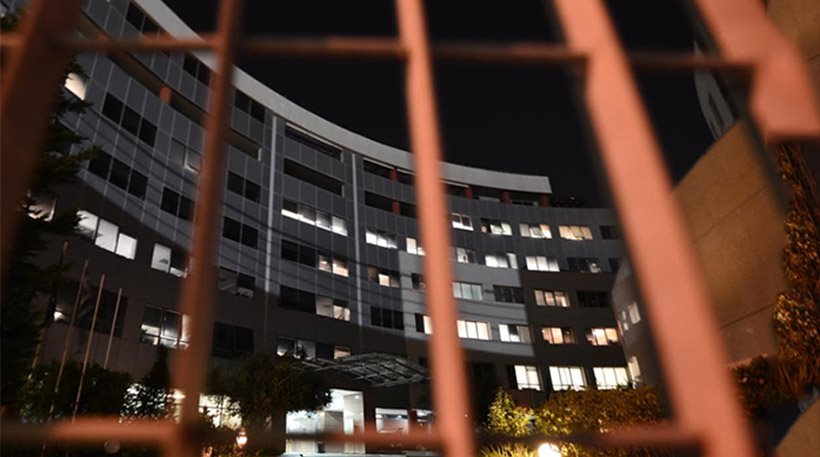 Greece’s left-wing SYRIZA government started an auction for four private television licenses in what a faction of the press has dubbed a “reality show” due to the fact that media chiefs are behind closed doors without cell phones or communication with the outside world. Eight groups are participating in the TV license procedure, with some delegates bringing mattresses, pillows and their own fans to the General Secretariat of Media and Communication where the bidding is taking place.
Leaked information speculated that the first national TV broadcasting license went to shipowner Vangelis Marinakis, however, this was not confirmed by government officials that said that they had no communication with the committee. Security surrounding the Kallithea building is stringent, with the street cordoned off.
Police officers guarding the area intercepted two drones shortly before 9 p.m. on Wednesday. These approached the 3rd and 4th floors of the building, however, the operator was not captured. Earlier in the day, shortly before 2 p.m., an unknown official of the 5-member committee was taken from the building by an ambulance.
Sources state that the license process is progressing without a hitch with the first license decided upon after fifteen hours of bidding by midnight on Tuesday. The second round of bidding began on Wednesday morning and it is expected that all four licenses will be decided upon by noon Thursday at the earliest.
Criticized for the way in which TV delegates involved in the auction are under lock-and-key, State Minister Nikos Pappas said in a statement that the goal is to safeguard the interest of the state by cutting the flow of information between the bidders.
Greece’s opposition leaders are not amused by the changes. They speak of market interference and say that they will not recognize the results.