The Man Who Promised to Repay Greece's Debt Strikes Back [video] 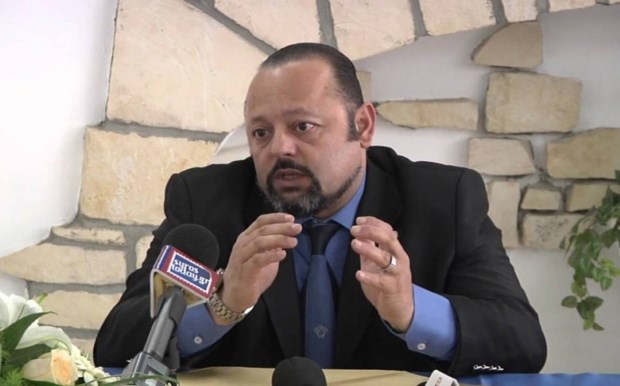 During hard economic times, the only things that are free are hopes and promises. After about two million Greeks voted for a man who promised to write off the country’s debt with a single legislative act and abolish the property tax, the three hundred who gathered at the Ancient Olympia grounds sounded almost like realists. After all, the man on the podium is filthy rich and only promised to pay their taxes. Thank God he formed a party and he will run for prime minister. His 300 supporters, like the brave men of Leonidas, pledged something or other to Almighty Zeus. It is certain they will multiply.
Artemis Sorras is a very rich man accordingto his own statements. He says, he has 600 billion dollars in some eastern bank and in 2012 he volunteered to give the Greek administration the money to pay off the sovereign debt. And the fools didn’t take it! Not only that, they also arrested Sorras and his partner for dissemination of false information. Disseminating false information is the Greek government’s job and no Sorras can snatch it from them. For instance, in the 2009 election campaign the man who was elected achieved that through the promise that “there is money” (in the state coffers). When he became prime minister, less than a year later he admitted that the coffers were empty and ran to the EU and the IMF to borrow. Yet, Sorras is the one who “disseminates false information.”
Sorras believes that the 12 Gods of Olympus and the spirit of Ancient Greece runs through him, he claims. No harm there. There are dozens of thousands of Greeks who believe they are Che Guevara. No harm living an illusion as long as your illusion doesn’t hurt others. Even our prime minister admitted in parliament that he has illusions. One of them is that he will save the country. But so does Sorras, too. Sorras calls all Greeks to unite. The prime minister tries his hardest to divide them. So why is Sorras the one not taken seriously?