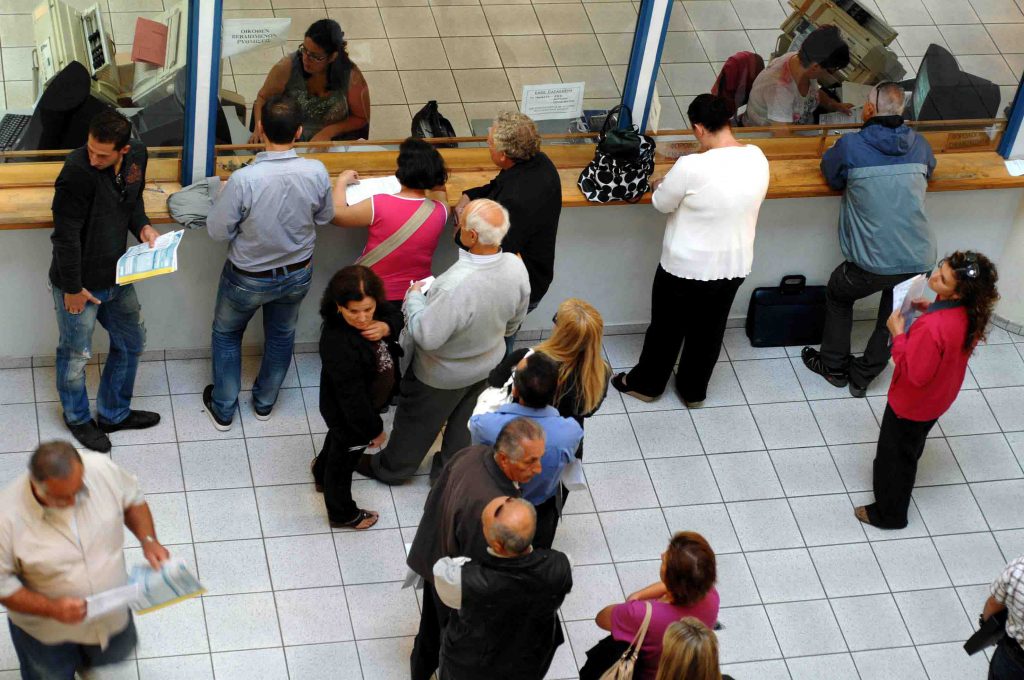 Greeks paid one billion euros more in taxes in June compared to last year, but the additional state revenues come from new taxes and not from tax evaders.
The figures come from a General Secretariat for Public Revenue report and show that the additional revenues come from the VAT increase, increased tax withholding, excise taxes and the increase in advance tax payment for businesses and freelancers.
The report shows, however, that revenue from tax evasion is meager, as the government was expecting to receive more from tax dodgers.
Specifically, in June the total tax revenue (direct and indirect taxes) amounted to 3.59 billion euros, a 1 billion euros increase (or 38.86%) compared to June 2015. The increase in revenue comes from 739.41 million euros from indirect taxes and 267.04 million from direct taxes.
Also, in June indirect tax revenues from previous years reached 53.2 million euros compared to 24.5 million in June 2015.
Deputy Foreign Minister: The government empathize and suffer along with taxpayers
“The government empathize with our fellow citizens. This is the government line,” said Deputy Foreign Minister Nikos Xydakis.
Xydakis spoke to skai television on Wednesday morning where he was asked about the heavy taxation and previous government promises that the single property tax (ENFIA) would be abolished.
The deputy minister said that ENFIA was part of the bailout agreement and the government could not abolish it. “The ENFIA alone will not lead households to suffocation if it wasn’t for the general recession, unemployment and high taxes,” he said.
“Things are hard, no one can deny that, and we can only empathize with what is happening to our fellow citizens,” he noted. “We have the compassion to say we suffer together and we constantly try to find new ways of relief. This is the government’s line.”
Asked whether the ENFIA would be repealed, Xydakis said that there can be some minor reductions. At the same time, he said, people who invest in real estate and have several homes to rent should pay taxes.