GRNews
GreekReporter.comGreeceRefugee Creates Project 'Drones for migrants' to Help Save Migrants Crossing the... 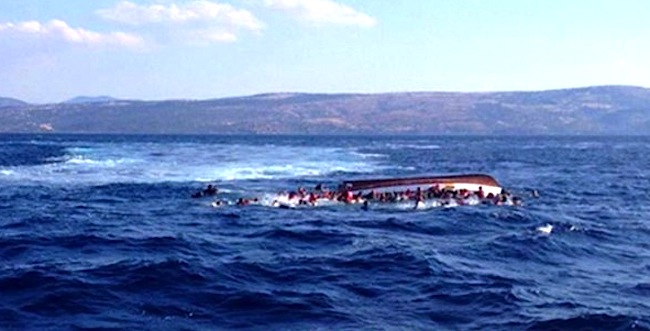 Mehdi Salehi fled his native Afghanistan fifteen years ago to escape the Taliban and has now turned his attention to trying to help the migrants fleeing their countries using the popular Greece-Turkey route.
When Mehdi reached the shores of Greece he was granted asylum in the country where he obtained a master’s degree in architecture from the University of Volos in 2011. Shortly after, he moved to the USA where he received a second master’s in design and technology from Parson’s School of Design in New York.
Now a resident of New York and a lecturer at Parsons School of Design, Mehdi founded the project “Drones for Refugees” in order to help rescue services in the Aegean and Mediterranean Seas locate and rescue migrants in vessels in distress before it’s too late.
“Drones can be used for the common good, not just for military purposes…With the technology that we have today, people shouldn’t be dying at sea. When I crossed, we had to buy a paper map to find the closest point to Greece on the Turkish seashore,” Mehdi said according to AFP.
“In 2016, with smartphones and drones already available to civilians, these sort of tragedies could be avoided,” he added.
The “Drones for Refugees” project was supported by Parsons alumni and faculty. Mehdi has bought and customized a drone recently tested on the Greek island of Lesvos after adding additional cameras, infrared sensors, data-sharing points as well as designing a web platform where the information is relayed live in real-time to coastguards, mobile devices and search and rescue teams.