Greek Finance and Economy Ministers for Urgent Meeting in Brussels 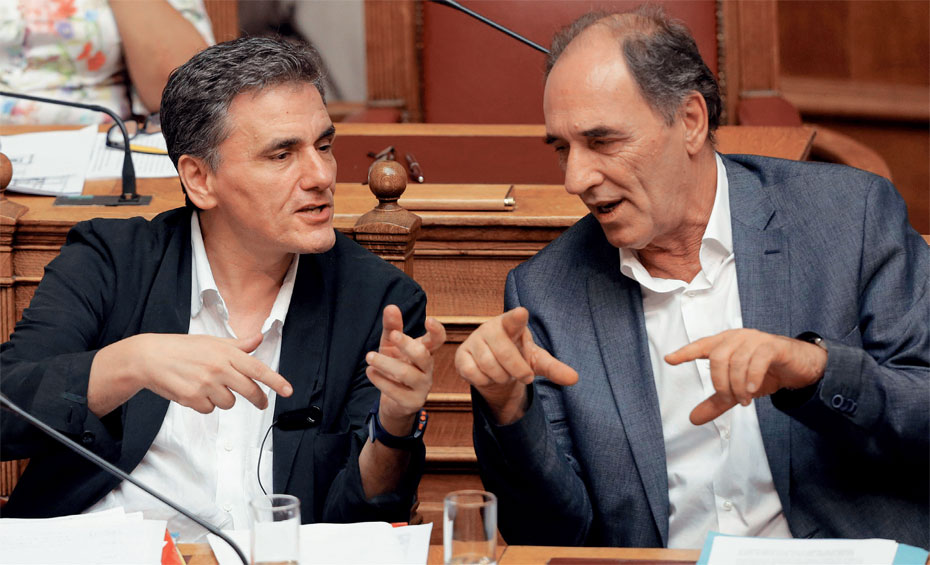 Greece’s Finance Minister Euclid Tsakalotos and Economy Minister Giorgos Stathakis are to travel to Brussels on Monday for an extraordinary meeting with European Commissioner for Economic Affairs Pierre Moscovici.
After a decision of European Commission President Jean-Claude Juncker, Moscovici will be responsible for Greece’s bailout program, replacing Valdis Dombrovskis.
The three economists will discuss the details of Greece’s second bailout program evaluation and the prerequisites for the disbursement of the 2.9 billion euros loan sub-tranche, both due in September.
Issues to be discussed are labor law reforms, the start of the independent privatization fund, settlement of non performing loans and primary surplus targets.
Athens is to give particular importance to primary surplus targets after 2018. The Greek government expects creditors to agree with proposals regarding primary surpluses after the end of the current bailout program.
While in Brussels, Tsakalotos and Stathakis will have other meetings with European Commission officials. The two men will be accompanied by Deputy Finance Minister Giorgos Chouliarakis who will be participating in the Euro Working Group session in the Belgian capital on Monday.