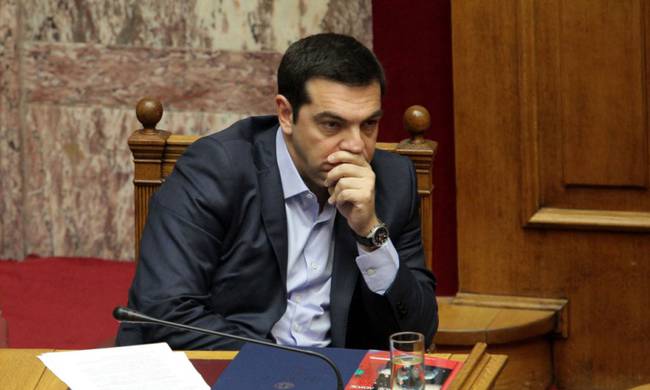 Greek Prime Minister Alexis Tsipras on Monday spoke with Finance Minister Euclid Tsakalotos and Labor Minister Giorgos Katrougalos, in the first government meeting after the summer recess.
Tsipras and the two cabinet members discussed the creditors’ upcoming evaluation of the bailout program and the state of the economy after the implementation of the harsh economic measures.
Reportedly, Tsipras is worried about the citizens’ reactions to the new tax avalanche, the pension cuts and the rise in prices of staples and consumer goods the new taxes brought. Also, some of the pension cuts will apply in the September pension payments.
On the issue of negotiations with creditors over the second bailout program evaluation, labor reforms are on top of the agenda. Collective bargaining and mass layoffs are two thorny issues plaguing Greek society as well. Unions are already preparing mass demonstrations and strikes in September.
At the same time, the coalition government is facing criticism from the opposition and mass media over the controversial television license tender at the end of August. The government is criticized harshly for trying to control mass media, starting with television stations.
This week Tsipras will also meet with the rest of the cabinet and the SYRIZA parliamentary group in order to map out the government strategy from September on.