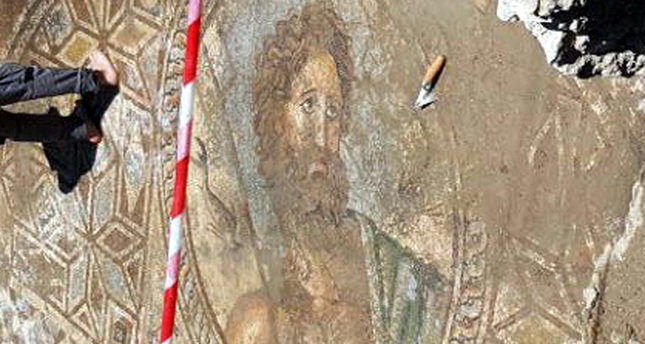 On Saturday in the Yumurtalık district of central Adana province in Turkey, a mosaic depicting the Greek God Poseidon was discovered, according to the Doğan News Agency.

The excavation was executed by Osmaniye Korkut Ata University Archeology Department students at the Aigeai Ancient City in Yumurtalık district where the mosaic of Poseidon was discovered along with an embedded quote which reads: “Hail to all those who wash.”

The Aigeai Ancient City dates back to 2 B.C. and was an ancient port city thought by archeologists and historians to have been of strategic importance due to its location.

The discovery of this mosaic is a part of a larger excavation in four quartered areas of the Aigeai Ancient City.