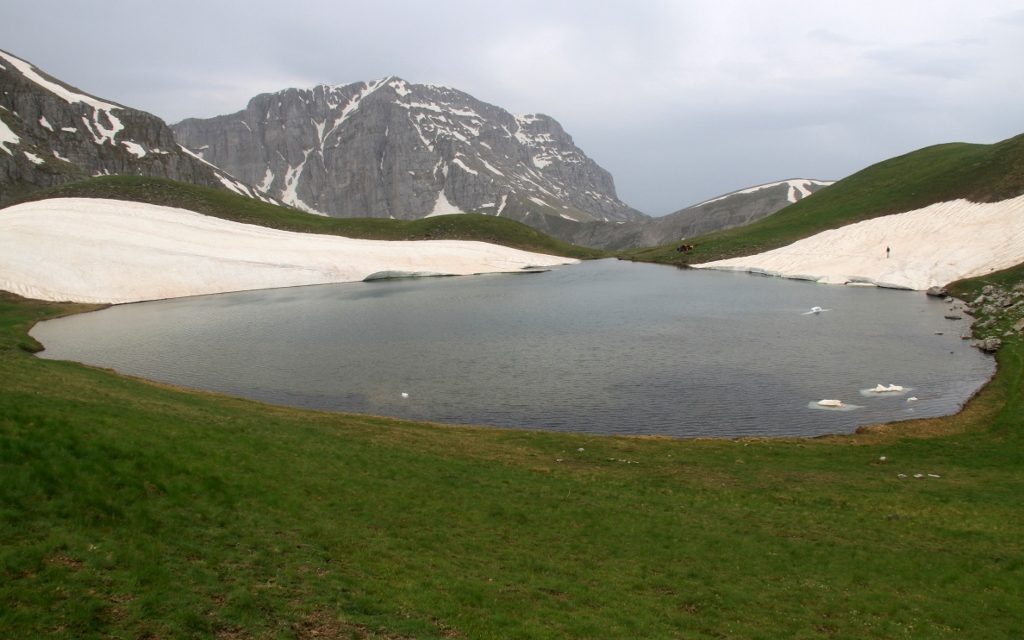 A stunning picture of Drakolimni (Dragon Lake) on Mt Tymfi, located in the northern Pindus mountain range, northwestern Greece, won first place at the “Wiki Loves Earth Greece 2016” photo competition.
Wiki’s jury chose the picture taken by user Ale30307 after two rounds of scoring. The sub-alpine lake resides at an altitude of 2050 meters above sea level, in the Vikos–Aoos National Park which accepts over 100,000 visitors per year. The lake is inhabited by a species of alpine newt and is a popular trekking destination in the spring and autumn.
A picture of Lake Stymfalia in rain and the Kakoperatos Cave in Samos complete the first three positions. In total, 3,344 photos were submitted by 364 users for Greece, with 92 percent of them being first-time contributors. The pictures have now been submitted to the international section of the competition
This was the first time the photo contest was launched in Greece.
Source: ANA-MPA