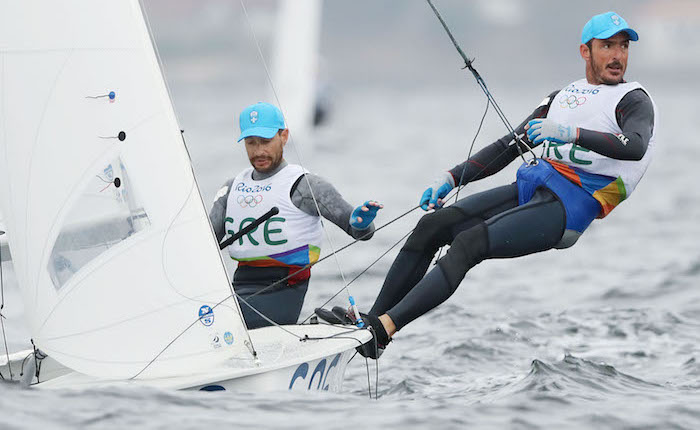 Greek Panagiotis Mantis and Pavlos Kagialis gave Greece its fifth medal by winning Bronze at the Rio Olympics for the 470 Dinghy Sailing race on Thursday. The medal race, initially to have taken place on Wednesday, was postponed for Thursday following still winds. 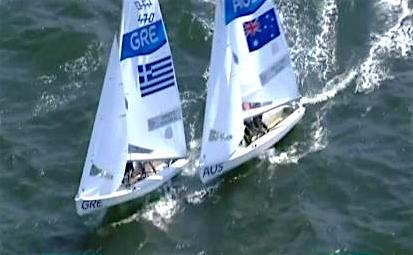 Croatian skipper Sime Fantela and Igor Marenic proved formidable competitors claiming Croatia’s first ever Olympic sailing gold medal at Gunabara Bay. The Croatians had already earned themselves an 11-point lead and were certain of a medal when going to the finals. The two went into the race with a handy cushion ahead of Mantis and Kagialis, Greece’s representatives.
Unfortunately, a mistake cost Greece valuable time causing the Australians to overtake them and gain Silver. They said that the change of winds cost them victory but they felt proud for their performance and pleased to have had such formidable opponents, including the brilliant Australian team that had performed so well during the London Olympics. “We fought for eight years for this success,” said Kagialis, adding that losing the preliminaries for the London Olympics had made them think of quitting. Instead, they finally decided to become more stubborn and soldier on.
Kagialis remembered the years of training for this victory and the requirements of the sport that requires team spirit as well as knowledge of meteorology and other efforts. Mantis thanked those that supported and sponsored them making the victory possible. Mantis says that the sweet taste has only increased their appetite for more wins.
The Greek Team
The dynamic duo came together in June 2008. Since then, they have been the first national team to have participated in every important competition around the globe. Favorites since the start of the race, they are considered the best Greek sailing duo in the men’s 470 sailing class.
They secured their position in Rio, having previously secured Greece’s participation with a bronze medal in Santander in 2014. Their trainer is Makis Orologas.
Important Ranking and Victories for 2016