GRNews
GreekReporter.comGreeceGianniotis Blocks Greek Objection at Rio Olympics: No Tie for Gold at... 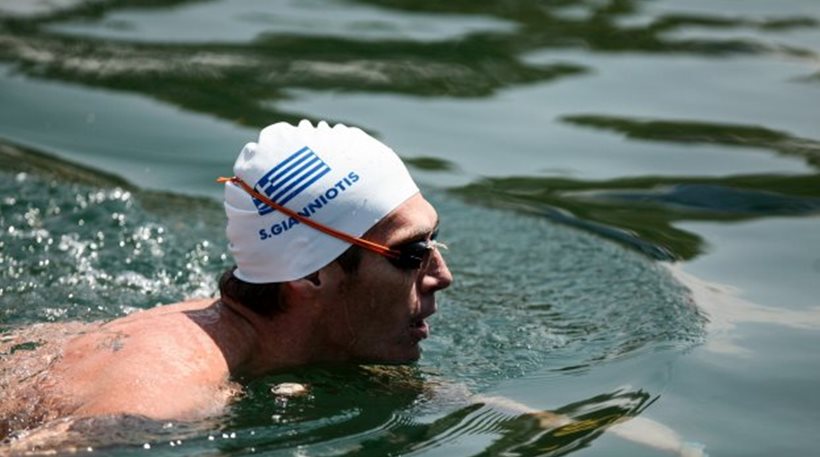 The head of the Greek delegation at the Rio Olympics in Brazil expressed objections to the awarding of the Silver Medal to Spiros Gianniotis who lost to Dutch Ferry Weertman despite both men making the same time of 1 hour, 52 minutes and 59.8 seconds in the 10k Open-Water Swimming event. For a while it seemed that the Greek veteran swimmer had won in what was a photo finish, however following deliberations Gold went to the Dutch man. The Greek side motioned for two Gold medals and for the race to be declared a tie, however, Gianniotis himself declared his defeat despite having come close to getting Gold.
The Greek side wanted to exploit the precedent set when three Silver medals were given in a three-way tie during the 100m men’s butterfly when Michael Phelps tied for the silver medal in his last individual race in the Rio Games when the silver medalists stopped the clock at 51.14. The chances, however, of the Olympics committee declaring the race a draw would have been slim before Gianniotis himself dashed all hopes by putting an end to talk of lodging a formal objection.