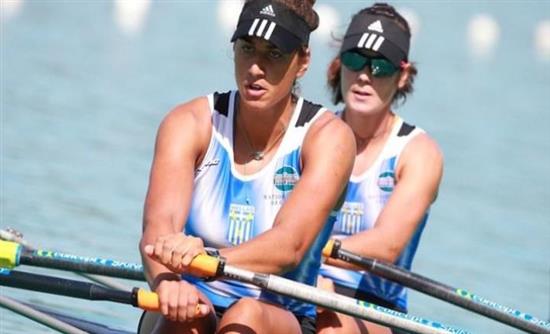 Greek rowing athletes Aikaterini Nikolaidou and Sofia Asoumanaki are one of the teams that is most likely to win a place in the rowing finals at the Olympic Games, in Rio de Janeiro. The Greek team finished first in the first semi-final series with a time of 6:51.99.
The two athletes will compete in the Women’s Double Sculls finals on Thursday, August 11, in order to claim a second Olympic medal for women’s rowing after Christina Giazitzidou and Alexandra Tsiavou won the bronze in the lightweight double sculls in the London Olympics and the fourth in total for Greek rowers.
This will be the third time in history that Greece is represented at the women’s rowing final at an Olympic regatta. Chrysi Biskitzi and Alexandra Tsiavou were the first to achieve such an accomplishment in the 2008 Beijing Olympics, getting the 6th place.
Meanwhile, Greece’s Men’s coxless lightweight four team has managed to also qualify for the finals. Panagiotis Magdanis, Spyridon Giannaros, Stefanos Ntouskos and Ioannis Petrou finished in 3rd place in the semi-final.