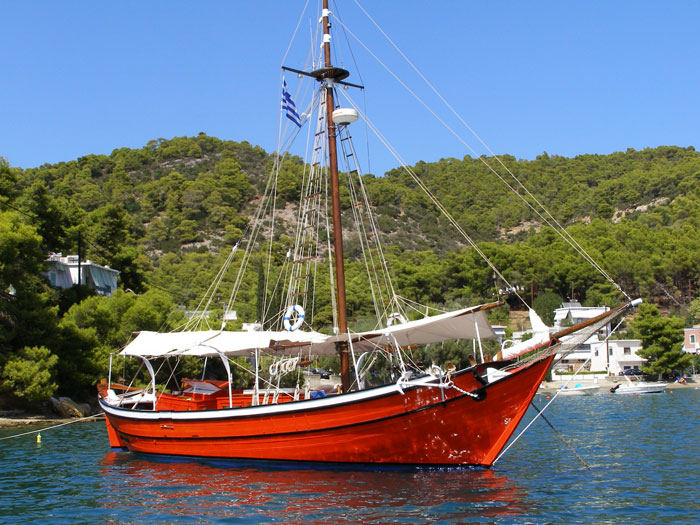 August 15 in almost here and Greeks are preparing for all the customs and traditions that will take place in celebration of Panagia, the Virgin Mary. On the Greek island of Patmos locals are preparing for the revival of an old religious tradition, during which they follow the icon for Panagia Geranou on their fishing boats.
The local fishermen were in charge of reviving and preparing the celebration, in collaboration with the Restoration and Preservation committee of the Holy Church.
The tradition dates back to 1880. Then, due to the lack road access to the church, believers’ only way to reach the church was by boat. However, over the years the road network expanded and the tradition slowly died out.
The South Aegean Region in collaboration with the Traders Association of Patmos decided on the revival of this tradition. The event will be organized under the auspices of the Greek Association of Traditional Boats, which called on all fishing boat owners to participate. The fishermen, both professionals and amateurs of Patmos agreed to carry the believers to the Church for the celebration.
On August 15, 2016 at 4:00 pm the fishing boats will escort the icon from the local port to the church, followed by the Port Authority of Patmos. The Vesper will take place at 7:00 pm, followed by the blessing of the grapes and a buffet of traditional products.