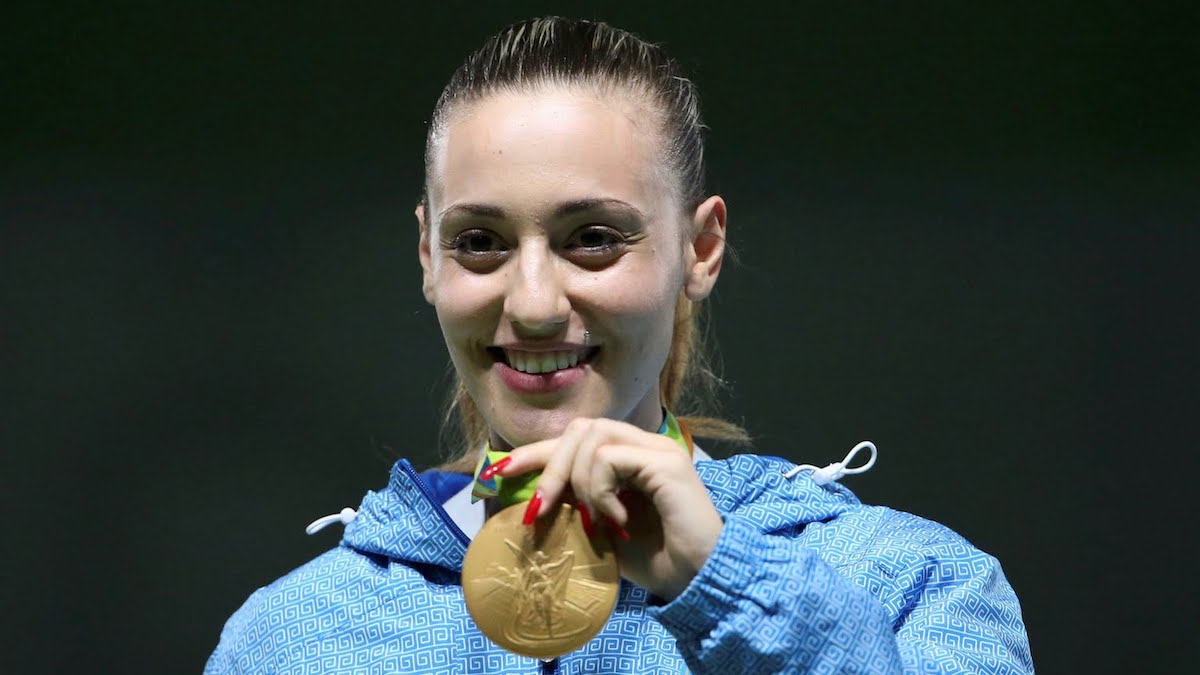 What Anna Korakaki achieved on Tuesday night in Rio, no other contemporary Greek athlete has managed before: To bring two Olympic medals to Greece in the same competition.
The last time this happened was in the 1912 Stockholm Olympics, when Konstantinos Tsiklitiras won two medals, in standing high jump and standing long jump.
After winning a bronze medal in women’s 10m. air pistol shooting on Sunday, Korakaki won her first gold Olympic medal on Tuesday evening, the first for Greece in the 2016 Rio Olympics.
The Greek athlete won the gold medal in the women’s 25m pistol shooting event, where she beat Germany’s Monika Karsch 8-6 in the final.
The road to the two medals for Anna Korakaki was not easy.
In fact it all started in a quarry near the northern city of Drama. A makeshift training center set up in the quarry was where Anna practiced, since there was no proper training facility for shooting in the city. And her trainer was not other than her father, Tasos Korakakis.
Yet, the 20-year-old athlete (born April 8, 1996) trained hard in the quarry, despite the fact that she received no help whatsoever from the shooting federation. Reportedly, the shooting federation turned a deaf ear to her pleads for a new pistol and bullets for training.
Ironically, some relatives told TV reporters that the rudimentary training construction was demolished by Drama municipal workers on Tuesday morning, right before the pistol shooting finals. One relative assumed that the City did so in order to avoid negative publicity for Drama. 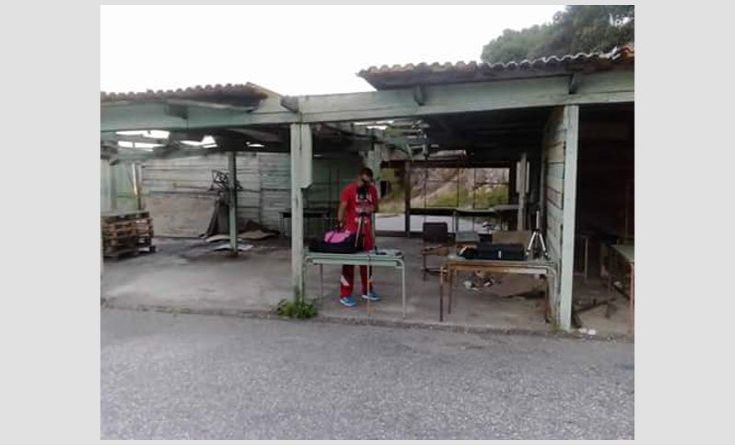 Even in a time of immense joy, Anna’s mother, Fotini Christodoulou, could not help but express her bitterness for the absence of any official support for the seven years her daughter spent in training.
“I want to express a complaint for myself and for all the kids involved in these sports … I told you, that Anna had incredible distinctions all these years. We were sitting in front of the television waiting to hear the news on her achievements, or just a simple reference. But we were hearing nothing, not one reference. All we were hearing was news on football,” Anna’s mother told reporters.
Indeed, Anna Korakaki’s achievements in shooting in the five years before her success in the Olympics were numerable:
Gold and silver medal at the World Youth Cup in Suhl, Germany (2016)
Two silver medals at the World Cup in Baku (2016)
Silver at the World Youth Cup in Munich (2015)
Bronze at the World Championships in Fort Benin in the U.S. (2015)
Gold medal at the Moscow Pan air guns Arms Championship (2014)
Bronze at the World Championships in Granada (2014)
Silver medal at the European Championships in Belgrade (2011)
After her impressive victories, state officials rushed to congratulate the athlete. Everyone, from the Greek President to the deputy sports minister, and even the opposition leader, congratulated Korakaki publicly for making Greece proud, trying to steal a bit of the limelight by being photographed next to the winner, or by issuing a trite statement.
As one sports reporter wrote, on the day of the medals, all officials pretend they have contributed somehow and they are happy and proud of the athlete. The remaining 364 days of the year they pretend that sports such as shooting don’t even exist. Officials who are absent during training and present only when medals are awarded.