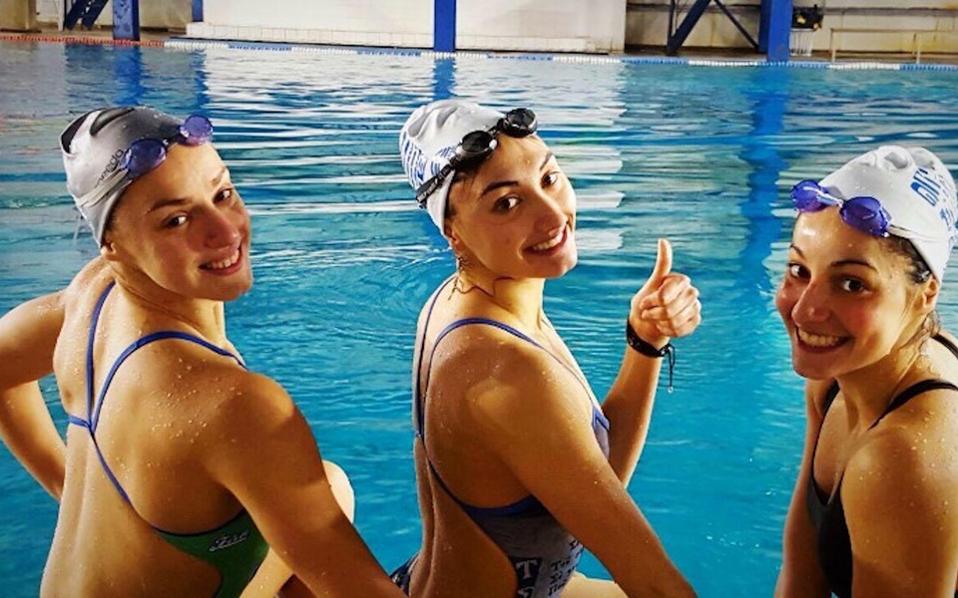 A total of 13 athletes of Greek descent who were forced to emigrate for different reasons are competing under their new, adopted flags in the Rio Olympics, according to a Kathimerini newspaper report.
Some of them were born in their new homelands because their parents emigrated, others fled due to the economic crisis, while others moved to another country to fulfill their dreams because the lack of meritocracy in some sports federations would not allow them to advance.
Like the 18-year-old triplets from Volos. Irene-Maria, Anna-Maria and Vassiliki Alexandri were forced to move to Austria because, as they claimed, the swimming federation was biased in the selection of the synchronized swimming national team. An Austrian coach recognized their talent and invited them to Austria where, as the Alexandri sisters said, the training facilities are excellent and there is a school in the sports center where they continued their studies. Now they belong to the Austrian synchronized swimming team.
As members of the Austrian team, the Alexandri sisters won a silver medal in the 2015 Baku European Games. “In Rio we will be the youngest athletes in synchronized swimming. We have the patience and time is on our side to achieve what we want,” Anna-Maria Aexandri told Kathimerini.
Artemis Gavezou-Castro will be part of the Spanish ensemble team in Rio. Gavezou-Castro has represented Greece in world  and European contests in individual gymnastics. However, in 2013 she moved to her mother’s country to study and soon became a member of the Spanish ensemble team, who they have won two gold and two bronze medals in world championships, a silver and two bronze in European contests and many awards in different Cups.
Afrodite Zegers, the skipper in the Netherlands 470 sailing team, was formerly Afrodite Kyranakou. In Greece, she never got the support she needed from the sailing federation and decided to move to the Netherlands.
“The conditions (in Greece) were disappointing. Here things are completely different. I have the support of excellent technicians and scientists, while the president, who was a successful yachtsman, is always next to the athletes,” she told kathimerini. In Rio she will compete in the 470 category.
Other Greeks who will compete under different flags in Rio are Sideris Tasiadis (canoe slalom, Germany), Thanasis Kokkinakis (tennis, Australia), Lea Yanitsas (water polo, Australia), Joseph Polossifakis (fencing, Canada), Donna Nakalis (modern pentathlon, Canada), Costas Louloudis (rowing, Great Britain), Helen Maroulis (wrestling, USA), Dimitrios Chondrokoukis (athletics, Cyprus), Antonis Martasidis (weightlifting, Cyprus).