GRNews
GreekReporter.comEnvironmentAnimalsBaby Sea Turtle Hatchlings Waddle their Way into the Sea on Crete 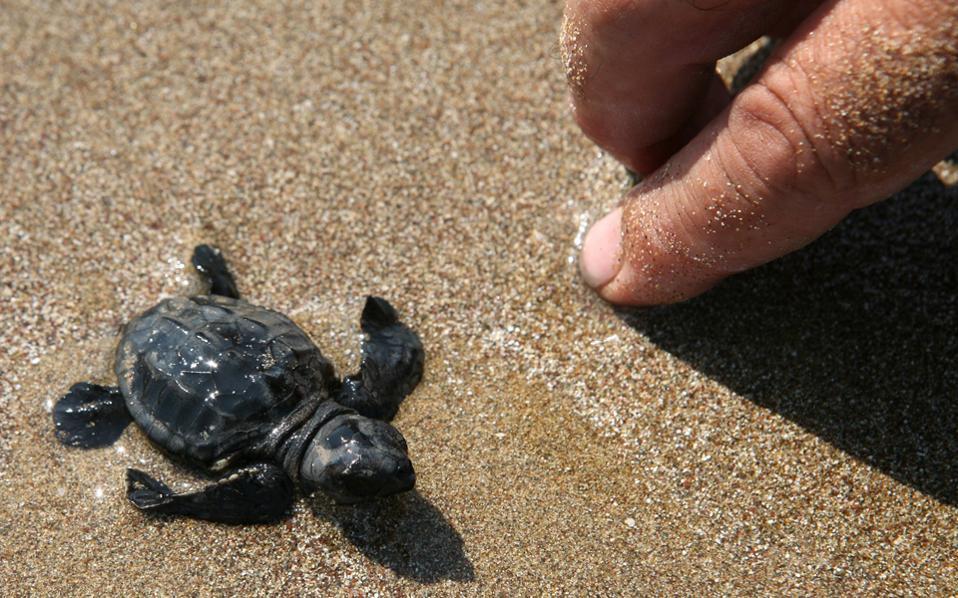 Last month youth from all over Europe who have come together to volunteer at Greece’s Archelon Sea Turtle Protection Society on the island of Crete had a treat when they were able to witness the season’s first baby loggerhead sea turtle, (Caretta caretta) hatch from its egg and waddle into the sea.
Although the Caretta caretta can be found outside of Greece in many places around the world, it is a widely protected species that is near and dear to the hearts of Greeks and inspire all the efforts to help the turtles, that are still on the endangered species list.
“These are emotional experiences, because most of the volunteers have traveled hundreds of miles to come here and work hard, starting their day at 5 in the morning,” Archelon program director Athanasian Nikolopoulou said, according to ekathimerini.com.
At Archelon they aim to sustain and promote this amazing creature by helping hatchlings who are having difficulties getting out of their nests and making their way into the sea that awaits them.
“We are not allowed to handle or transport them: we just make it easier for them to find their way to the sea,” Nikolopoulou said.
They estimate that this season the eggs that have hatched are at around 50 percent, while the usual rate averages closer to 75 percent. No explanation was given to the decrease in hatchlings.
Crete is a haven for the turtles as it is the third most important nesting area in Greece.
As many as 140 nests have been documented since mid-May in Rethymno, 114 in Chania and 90 in Messara.
The first hatchlings are now off, swimming through the seas off Crete and beyond, facing all sorts of threats,” Nikolopoulou commented. “If they make it to the age of 25, they’ll return to the beaches of Crete to reproduce.”