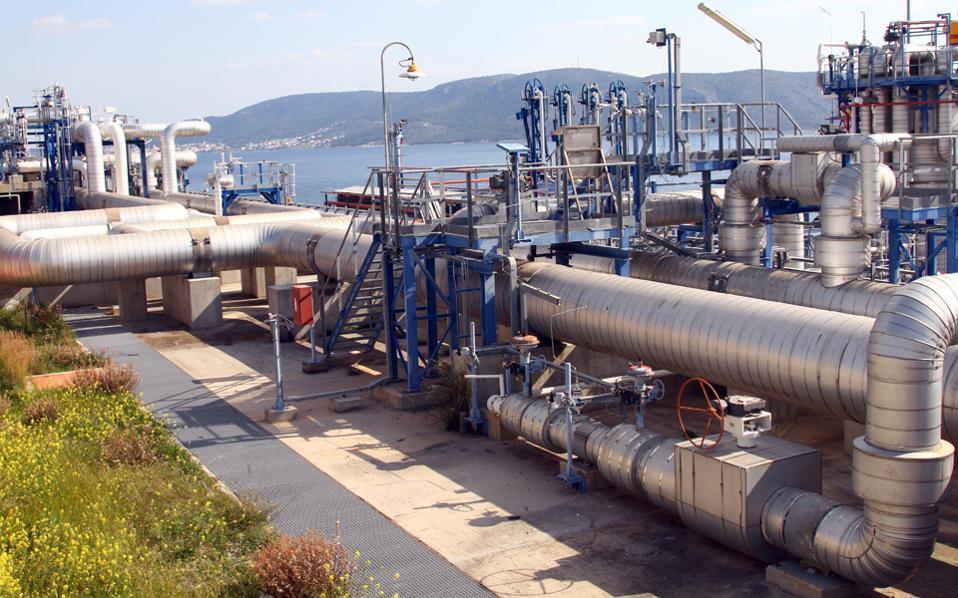 The apparent failure of the agreement between Azerbaijan’s State Oil Company (SOCAR) to buy 66% of Greece’s natural gas distribution network (DESFA) is putting a strain between Athens and the Azeri government.
According to a real.gr report, Azeri authorities are dissatisfied by the fact that during Alexis Tsipras visit to Bulgaria last week and the talks on the Inter-Connector Greece Bulgaria (IGB) gas pipeline, the Greek prime minister did not mention the importance of Azeri gas transferred through the Trans Adriatic Pipeline (TAP) to IGB.
In May, Azeri officials left Athens disappointed after seeing that the Greek government seems reluctant to proceed with the 2013 initial agreement for the sale of the DESFA stake to SOCAR.
A proposed amendment by Energy Minister Panos Skourletis limits the amount of DESFA capital recovery, thereby limiting future SOCAR revenues. If implemented, changes to the law on natural gas tariffs would reduce SOCAR’s future profitability dramatically. The minister holds the position that these changes were essential for the protection of the domestic gas market.
According to the report, Skourletis is already looking for alternatives in case SOCAR withdraws its interest. However, other companies have come into contact with SOCAR to have an insight into the intentions of the Greek energy and environment ministry.
Meanwhile, even though Tsipras has stated that he wishes to maintain good diplomatic and economic relations with Azerbaijan, he has not exchanged visits with President Ilhan Aliyev. At the same time, the report concludes, Greek officials do not answer the phone to repeated calls by senior Azeri political officials.
Currently, the Directorate-General for Competition of the European Commission is considering the DESFA privatization issue.