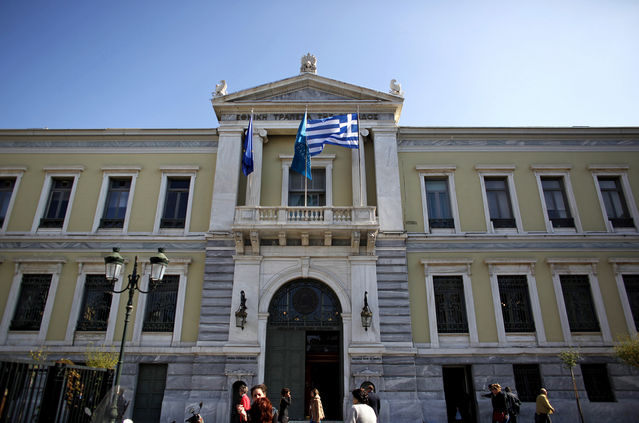 Greek banks have been dealt an upgrade by the ratings agency Standard and Poor’s (S&P) on Tuesday.
The upgrade from the agency for Greek banks Alpha, Eurobank, National and Piraeus Bank from selective default (SD) to CCC+, came after a “significant” development in regards to capital controls in Greece, S&P said.
“We view the lifting of this ban as a significant relaxation, as it could allow for cash deposits to be brought back into the banking system, raising confidence in the Greek banking sector…We expect some minor deposit inflows in the coming months,” the agency explained.
However, Greece is not out of the woods yet in regards to the financial crisis that has been gripping the country for the past several years. The situation is fragile in the country, as Greeks are not able to make ends meet and pay for food and bills, and austerities have seen an increase to 24 percent tax on goods.
These difficulties reflect in the banking system of the country and are causing S&P to be cautiously optimistic about the banking sector’s future in Greece.
“The upgrades reflect the banks’ fragile financial profiles in the context of a weak economic and operating environment in Greece, a high level of non-performing exposures, and poor profitability,” the agency said. “We anticipate that the four banks’ funding positions will remain highly unbalanced, resulting in their continued reliance on liquidity facilities provided by the European authorities to cover their needs.”
One major concern is non-performing loans, or loans that have default on payments.
According to Kathimerini the Bank of Greece has completed new terms on processing overdue loans by giving the banks and their customers the option to hand back their loans to the bank if they cannot make payments due to financial difficulties. Customers will then have various options such as paying monthly rent installments to the bank in order to stay in homes with defaulted loans.