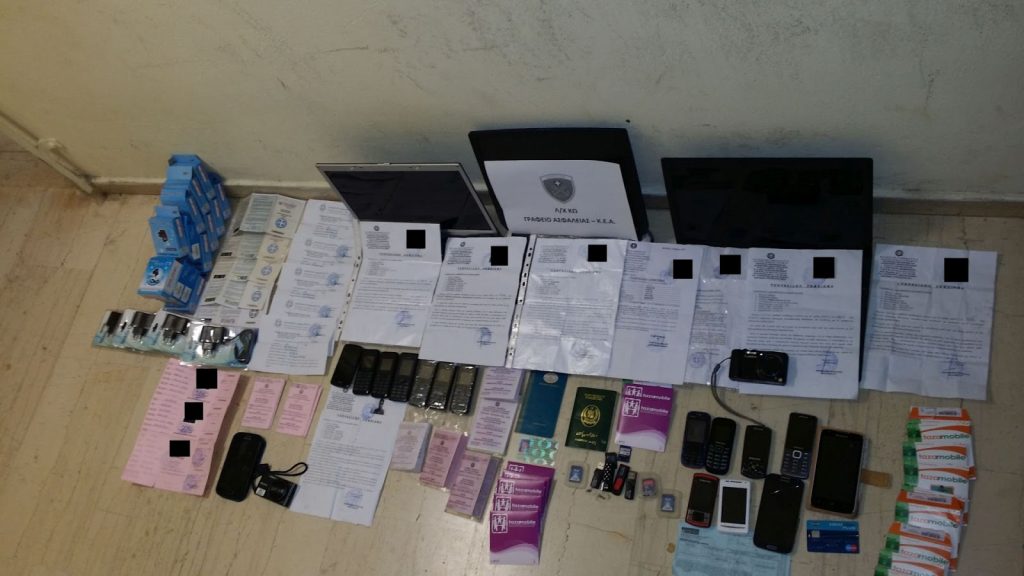 Hellenic Police have dismantled a ring producing and selling forged travel and residency documents after discovering a workshop in an Athens apartment.
The workshop was found in the Kypseli neighborhood, an area where many migrants reside. According to police, a 27-year-old Romanian native was arrested, along with his accomplices, three men from Iran, Afghanistan and Pakistan respectively.
Criminal charges were filed against them for the offenses of forgery, facilitating illegal exit and entry to Greece of third country persons and of illegally holding third party travel and identification documents.
Investigation showed that the perpetrators falsified travel and residency documents to aid illegal migrants to stay in Greece or travel abroad. The documents were sold for 500-1,200 euros, depending on the type of document and the supposed country that issued them.
In the fully equipped workshop police found two computers, two printers, three storage devices and various document counterfeiting tools. They also found and seized hundreds of digital files with travel documents, passport numbers of third parties, several passport-size photographs of third parties, two Romanian identification cards and a driver’s license.
The Iranian who was arrested has been accused of the same offenses previously and he was on probation. The Afghan has a pending deportation decision against him. The Romanian was taken to the Athens Misdemeanours Prosecutor.