GRNews
GreekReporter.comGreeceAlt DefMin Says It Is in Turkey's Financial and International Interests to... 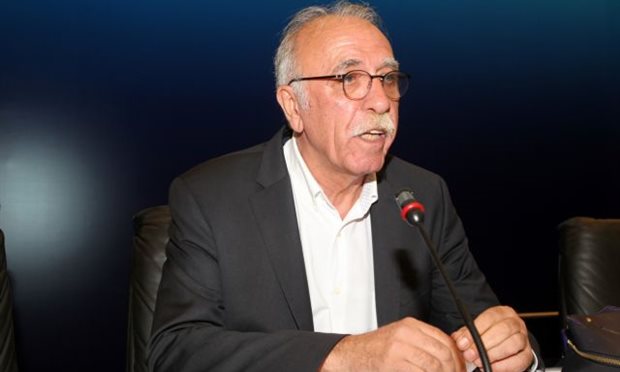 It is in Turkey’s financial and international interests to uphold the agreement with the European Union on the handling of refugees, Alternate Defence Minister Dimitris Vitsas said in an interview on the state broadcaster ERT on Monday. He linked Turkey’s European course to a non-revival of the death penalty in the neighbouring country, as well as to upholding the EU-Turkey agreement.
Using the issue of the refugees as a “political spearhead” would be a huge political mistake, Vitsas noted, but on the other hand, one had to also factor in the size of the aggressive action if Turkey’s shores were left unguarded or the refugees were simply waved through.
“The Turkish coast guard has an obligation to guard Turkey’s coastal borders. This is its own obligation in relation to the country, not its international obligation. The measures that we are taking concern the guarding of the sea borders and preparation for the reception of refugees and international procedures relating to political asylum,” he said.
On the extradition of the eight Turkish military personnel that have sought refuge in Greece since the attempted coup in Turkey, Vitsas said this would be examined if their asylum application was denied but not if they were given political asylum on the basis of Greek and international law. Asked if this might have a negative impact on relations between Greece and Turkey, Vitsas noted that bilateral relations between states did not depend on such issues.
“It would be as if Greece’s relations with Germany depended on the fact that Germany does not extradite Mr. Christoforakos (wanted in Greece in connection with the Siemens case). These are issues that affect but are not decisive,” he added.
The minister also ruled out further cuts to wages for the military.
Source: ANA-MPA