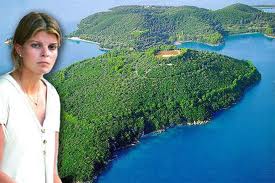 The Australian magazine New Idea reported that Athina Onassis — heiress of Greek tycoon Aristotle Onassis — found comfort in the arms of her close friend Prince Harry of Wales, after her devastating divorce with Brazilian Alvaro de Miranda Neto.
The magazine cites sources who are well acquainted with the British royal family. “He may have no shortage of female admirers, but Prince Harry appears to be  a sucker for a damsel in distress – providing a shoulder to cry on for his pal Athina Onassis in the wake of her heartbreaking marriage split,” notes the article.
“Harry has known Athina for years. She’s a regular in the international equestrian set and they have lots of mutual friends,” royal confidante Jessica Hay told New Idea.
Onassis broke off her decade-long marriage when she caught her husband having a one-night stand with the blonde sister of an international equestrian, in their home in Wellington, Florida last year. Alvaro de Miranda Neto was caught in the act by his wife’s security team.