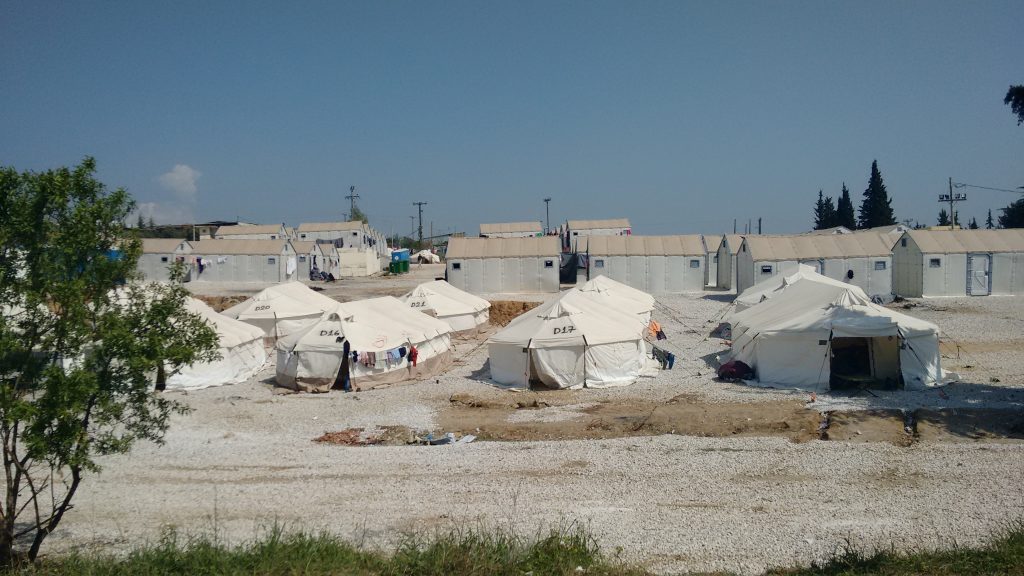 A Syrian women in her late twenties was found unconscious in the communal showers at the refugee camp of Diavata. She was taken to a local hospital where she was then pronounced dead.
The ANA-MPA reported that the women suffered from epilepsy and that the woman, unidentified, died from heart failure.
Her death sparked outrage and protests to break out in the camp outside of Thessaloniki in northern Greece.
Refugees are demanding better facilities, healthcare services and that an ambulance be in waiting outside of the camp, permanently.
As a part of the protesters efforts to speak out and attract attention to create change, some 100 refugees piled onto a major road to block traffic for some time before returning without incident to the protest.
The Greek government is in the process of phasing out migrant reception centers due to sub-par conditions at the camps.
On Tuesday, the Center for Disease Control and Prevention (KEELPNO) revealed their assessment of 16 migrant centers across Greece following health inspections earlier this month.
The outlook was not good as KEELPNO determined that hundreds if not thousands of migrants have been crammed into reception centers with sub-par sanitation and living conditions.
KEELPNO sent their long list of reasons why they are calling for the closure of all migrant reception centers in Greece to the Migration Policy, Defense and Health.
Of the conditions observed was poor ventilation, migrants living on top of one another in cramped spaces having living quarters separated with nothing more than a sheet and lack of access to clean water and sanitation.
Also, migrants having little access to health care is a concern that the government is trying to address, but with some 57,000 refugees currently in Greece, it is a slow process in seeing change.