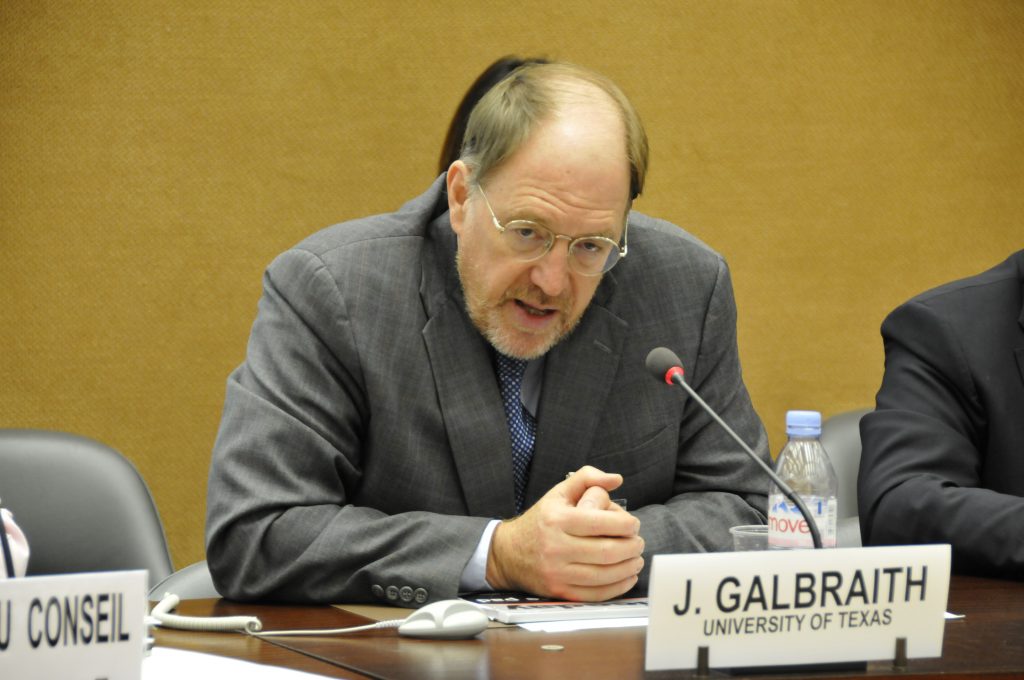 Twenty three Greek university professors and researchers sent a letter of complaint to the President of University of Texas at Austin, Gregory L. Fenves regarding Economics professor James K. Galbraith and his collaboration with Greece’s former finance minister Yanis Varoufakis on establishing a parallel banking system in case Greece’s bailout negotiations with lenders failed.
“Academic freedom of expression must be in accordance with the appropriate ethical conduct and fundamental democratic rules,” the letter says.
“Professor James K. Galbraith of L.B. Johnson School of Public Affairs argues in his recent book “Welcome to the Poisoned Chalice” (Yale University Press, 2016), and confirmed in interviews to the media, that as a consultant (senior advisor) of the then Greek Finance Minister Yanis Varoufakis designed for the minister a contingency plan (Plan X) for Greece’s exit from the euro in 2015. In our opinion, this project would violate the Constitution and laws of Greece,” the letter says.
“According to interviews of Mr. Galbraith and in extensive quotes from the Greek translation of his book, the secrecy surrounding the project, which can be described as a ‘monetary and military coup,’ consisted of a declaration of a state of emergency rule and mobilization of the armed forces of Greece to suppress any political unrest. His plan to use the armed forces is especially shocking, because the Greek Constitution, drawn up after seven years of military dictatorship, only defines the police as responsible for maintaining public order. By law, the exclusive task of the armed forces is to protect the country against external enemies. The plan also included financial measures: nationalization of the central bank (by law independent of the government) and the arrest of the commander, closure of banks and a system of promissory notes (IOU’s) for public expenditure payments until a new currency was printed. Greece has not abandoned the euro in 2015 and Plan X was not implemented. Professor Galbraith regrets that,” the letter continues.
“We believe that participation in the design of undermining democracy and social class in any country is contrary to the ethical standards expected of the faculty of a prestigious university. Mr. Galbraith tarnished the reputation of the University of Texas at Austin and the L.B. School Johnson School of Public Affairs, and the decision to publicly rant about it creates further doubts about his ethics and judgment. The academic freedom of expression must be in accordance with appropriate ethical conduct and fundamental democratic rules,” the letter concludes
The 23 academics who signed the complaint are professors in prestigious universities such as Stanford, Harvard, MIT, Tufts, Boston University and others.