SYRIZA vs SYRIZA on Issue of Occupation of Vacant Buildings 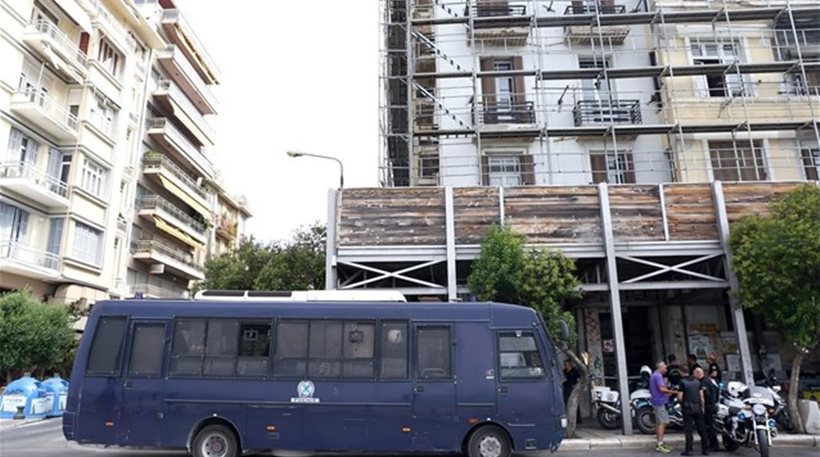 The evacuation of three Thessaloniki buildings that had been occupied by anarchists has caused a reaction within the SYRIZA ruling party that in turn issued a complaint against the police and government.
During the evacuation operation on Wednesday, police arrested 74 squatters, many of them being foreigners, members of the No Border Camp. The No Border Camp anarchist group had previously occupied the Aristotle University of Thessaloniki campus, causing damages. The same group also vandalized the City Hall last week.
After leaving the university premises, the group moved in a vacant eight-storey apartment building in the city center and two other buildings. Police evacuated the eight-storey building after complaints by the owners of the property.
The police operation started early Wednesday morning and was intended to evacuate three occupied buildings, especially those sheltering the university squatters. Of the 74 squatters detained, there are nationals of 10 European Union member states, New Zealand, Russia and even Guinea. Only 10 of the squatters were Greek.
The detainees claimed that their acts were an expression of solidarity to refugees and the buildings were intended to accommodate refugees. Indeed, two refugee families and a few other migrants were found in the building and were led to migrant hospitality camps.
The 74 squatters were taken to the prosecutor’s office and the process is expected to continue through Thursday.
In response to the evacuation and the arrest of squatters, anarchist groups on Wednesday protested by occupying the Thessaloniki SYRIZA headquarters.
Meanwhile, the SYRIZA press office issued a statement against the police actions, saying that “we are opposed to the police squatter housing evacuation. Criminalizing solidarity ventures is a practice that has nothing to do with the principles and values of the Left.”

Greek Passport Eighth Most Powerful in the World