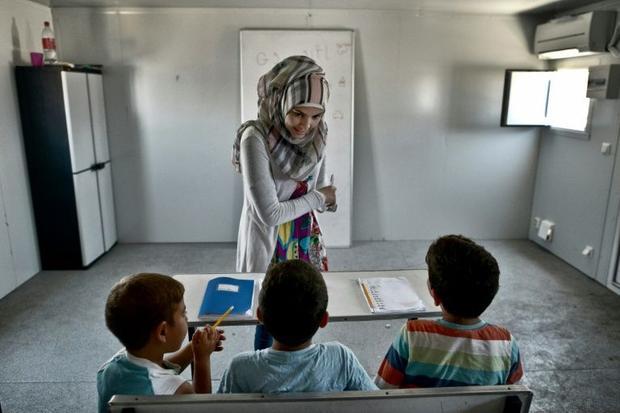 The average amount of time that refugee children have been out of school is a year and a half, according to Save the Children NPO.
The fact of the matter is that even before that year and a half time period, many children were rarely able to attend classes on a regular basis due to the war-stricken nations they come from not providing anything close to a safe educational heaven for children.
In other words, some refugee children literally risked their lives to attend school in their homelands, and due to the conditions and reception that migrants have received in the EU, they have continued to be left behind in the educational system, with children as old as 10 not knowing how to hold a pencil and write their name, and more than a fifth of refugee children of school age having never stepped foot in a classroom.
Now the government of Greece is undergoing a hiring spree of teachers to help educate refugee children that are staying in Greece indefinitely, as other EU countries have closed their borders on the asylum seekers. 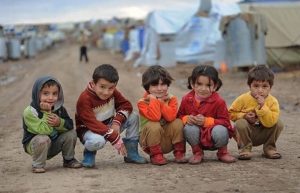 On Wednesday in a television address, Prime Minister Alexis Tsipras said that “The inclusion of all refugee children in the public school system will begin in September.”
He added, “Around 800 backup teachers will be hired to meet the additional needs” of serving the refugee community.
Latest numbers of the refugee crisis hitting Greece puts the number of migrants trapped in Greece at around 57,000 with some one-third of that population being minors under the age of 18, a great majority of them, Syrians.
In fact, Athens Mayor Yiorgos Kaman’s puts the number of minors who would be eligible to enroll in the education initiative at around 22,000, as he stated in a meeting with Education Minister Nikos Filis on Wednesday.
Children will be taught everything from foreign languages Greek and math to help them integrate into society.
“Initially (separate) reception classes will be set up at many schools, and gradually, it will be possible to fully integrate the children,” Filis said.
“We will try to soon have Greek and refugee children together in schools.”

Greece is pushing its EU partners to approve Covid-19 vaccine certificates that would open travel throughout Europe, the Greek tourism minister said.
Cyprus