GRNews
GreekReporter.comLifeeventsCatch a Show from the National Theater at Athens Syntagma Metro Station 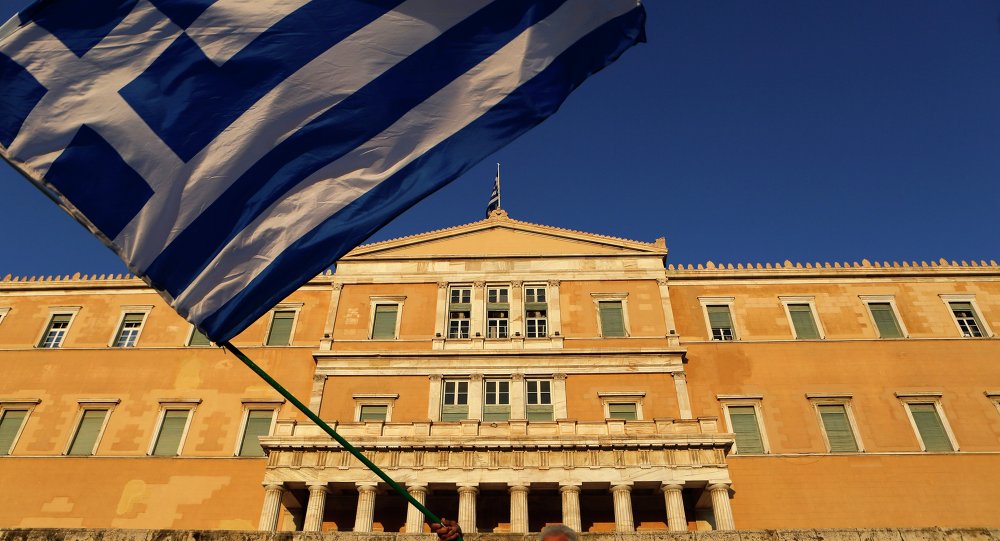 Another surprise thespian interlude awaits commuters in Syntagma metro station at noon on Thursday, when the cast of the National Theater appearing in Aristophanes’ timeless ancient comedy “Lysistrata” have organized a “teaser” of the production that will go on at ancient theatre of Epidaurus on August 5-6.
The classic ancient Athenian comedy directed by Michail Marmarinos is the third National Theatre production in the Athens and Epidaurus Festival this summer. The play is based on a new translation by Dimitris Dimitriadis, with Lena Kitsopoulou playing the lead role.
Originally performed in classical Athens in 411 BC, the play is a comic account of one woman’s extraordinary mission to end the Peloponnesian War. Lysistrata persuades the women of Greece to withhold sexual privileges from their husbands and lovers as a means of forcing the men to negotiate peace. It was produced just two years after Athens’ catastrophic defeat in the Sicilian Expedition and is widely seen as having serious rather than comic intent, as a last appeal for an elusive peace.
The production will also tour other theaters in Greece during August, with performances scheduled on the island of Andros on August 12, the Ancient Theater of Philippi in Kavala on August 20, the Ancient Theater of Dion in Katerini on August 23, in Ancient Olympia on August 28, the Roman Odeon in Patras on August 30-31, the Papagou Garden Theater on September 4, Theatro Dasous in Thessaloniki on September 9, Old Oil Mill in Elefsina on September 12, Theater of the Rocks in Athens on September 16, Dimitris Kintis Park Theater in Ilioupolis, Athens on September 19, Park Theater of Nea Smyrni on September 21 and the Odeon of Herodes Atticus beneath the Acropolis on September 24.
Source: ANA-MPA