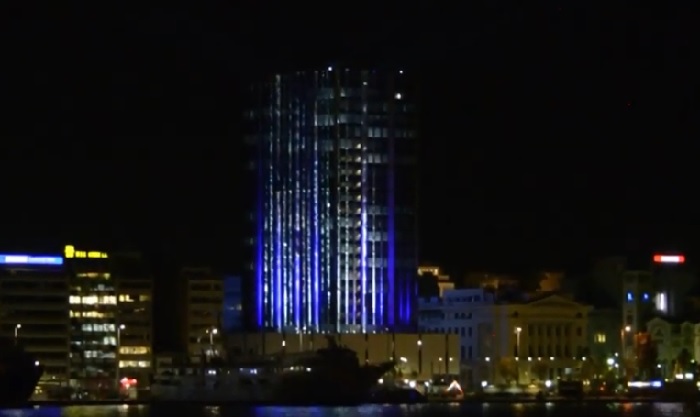 The Greek Precinct Association plans to reimagine the historic Greek neighbourhood on Lonsdale Street as a multicultural strip under Greek leadership, says a Neos Kosmos report.

As the old “Greek Precinct” is at risk of losing its Greek character, the Lonsdale Street Greek Precinct Association aims to reclaim it and celebrate its historical presence and current status as an entertainment and restaurant area with a strong Greek influence.

At the same time the goal of the association is to represent all traders in the street, making it a multicultural strip, but with Greeks playing a leading role. “Anyone with a connection to Lonsdale Street and Russell Street , whether they’re Greek or not,” said Elly Symons, a member of the association’s committee.

“There’s been a lot of talk about it declining and dying, and we want to say that this is not the case. We’re in the process of rebuilding. The precinct is very busy and thriving. There are more stories to tell. We’re looking forward to a new future, a new story that we’re going to be telling, with different layers,” Symons told Neos Kosmos.

“The Greek flavour, the Greek theme, will always be there, underlying the area, but now we’re incorporating all these other retail and entertainment destinations, hoping to weave all that together into a vibrant and happening precinct,” she added.

The Greek Centre will play an active role in the endeavour, both for its symbolism and as a hub for new Greek businesses. “Quite literally, there used to be 20 or 30 Greek shop fronts on Lonsdale Street and now we’re down to six or seven,” Symons said.

“However, in the Greek Building alone we have 15 new Greek-owned businesses. Some of these businesses, mostly the Greek Centre and the language schools, are bringing up to 2,000 people through that centre every week. Whether they are of Greek origin or not, they do come to the building for a Greek purpose, either to listen to a lecture or to attend a Greek event or to learn Greek. So that engagement and activation through that building is the heart and soul of the Greek part of that precinct,” Symons continued.

Jorge Menidis, President of the Greek Centre for Contemporary Culture said that, “The Greek Precinct is the historic heart of Greek Melbourne. It is also the site of more than 19 million dollars of investment by Greek business. It is a cultural and entertainment hub that will continue to evolve.”

“We are very excited about the entertainment precinct that has developed in this great part of the CBD, with amazing rooftop bars, restaurants and shopping; it is definitely one of Melbourne’s top destinations,” said Harry Tsindos, president of the association’s committee.

The association’s secondary goal would be to tell the historic Greek story and to activate as much traffic and engagement as possible, “both Greek and non-Greek.”

Having a Greek point of reference in the Melbourne CBD – which is also constantly growing as a tourist destination – is very important, Symons told Neos Kosmos.

“It’s symbolic of the Greeks that helped build the city of Melbourne and make it the international cosmopolitan multicultural city it has become. We have been here since the 1880s; our grandfathers had the cafes, the oyster bars, groceries, fish shops, they were the foundation of the hospitality industry which is now one of the big success stories of Melbourne. Greek businesses were instrumental in developing retail, hospitality and entertainment. It’s in our blood, it’s our heritage, it’s what we do well and we are still doing it,” Symons said.