Migrant Flow to Greece Increases After Coup Attempt in Turkey 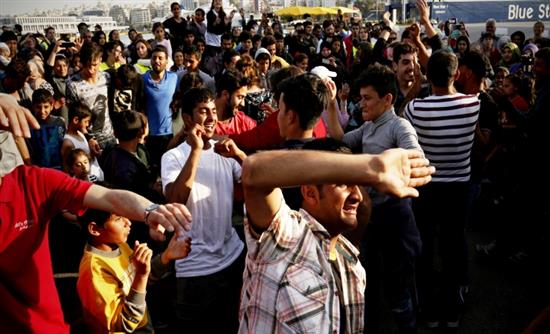 Two boats carrying 52 migrants and refugees were collected early Sunday morning off the island of Lesvos by two Frontex vessels.
The migrants were then transported to the Mytilene Port to be registered at the Moria hotspot.
After Sunday’s arrivals, the total number of migrants and refugees landing off Lesvos increased to 276 in 48 hours. Since July 15, when the failed coup attempt shook the relations between Turkey and Europe, 500 migrants and refugees landed on Lesvos, coming from the Turkish shores.
According to Greek immigration authorities, the number is too large given that the Turkey-European Union on controlling migrant flows is officially still in effect.
There is unconfirmed information that the Turkish Coast Guard has stopped regular checks across Turkish shores. The reason is that several military and law enforcement personnel in the area north of Smyrna have been arrested, while army and police forces from the area have been relocated to the Marmaris region in southwest Turkey.
After the implementation of the EU-Turkey agreement, more than 3,200 refugees and migrants are trapped on Lesvos. Those who have applied for asylum are staying at the Moria registration center, others at the Kara Tepe migrant camp and others in makeshift camps in the city of Mytilene. A large number of mainly African migrants move freely on the island camping in the open air or in abandoned farmhouses outside city limits.