GRNews
GreekReporter.comGreeceGreece Between Rock and Hard Place on Extradition of Turkish Soldiers

Greece Between Rock and Hard Place on Extradition of Turkish Soldiers 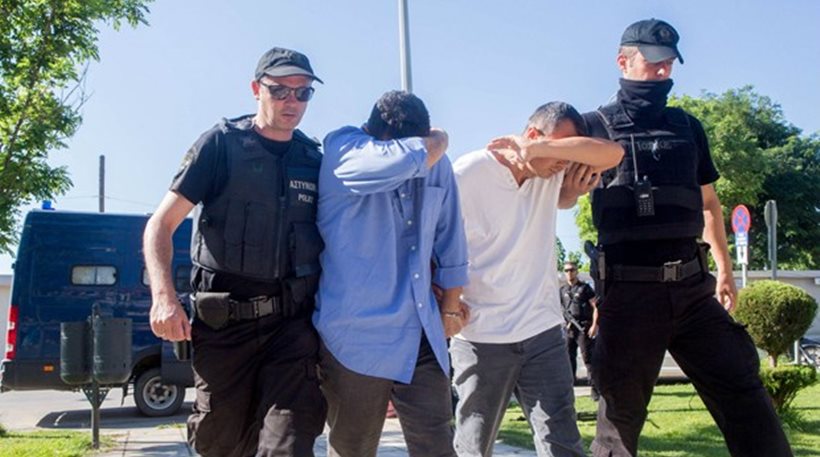 The Greek government is under tremendous pressure regarding the eight Turkish soldiers who sought asylum in Greece, as Ankara wants them extradited and the European Union asks that human rights should be protected.
After Turkish President Recep Tayyip Erdogan spoke of considering to reinstate the death penalty in order to punish the perpetrators of the coup attempt, EU officials stated that such an act would be a violation of human rights.
According to international law, when a person applies for asylum because their life is in danger in their country of origin, they cannot be extradited. Despite the fact that Turkey promises a fair trial, the events that took place after the failed coup attempt show otherwise. Perpetrators have been lynched, beaten, tortured and humiliated by Turkish authorities and Erdogan supporters. Thereby, their safety and fair treatment if they are returned to Turkey is far from certain.
The pressure on the Greek government is enormous. In an extraordinary meeting at Maximos Mansion, Prime Minister Alexis Tsipras, Justice Minister Nikos Paraskevopoulos, Deputy Minister of Citizen Protection Nikos Toskas, Deputy Minister for Migration Policy Yiannis Mouzalas, Deputy Foreign Minister Nikos Xydakis and close associates of the prime minister assessed the situation so far.
Greece’s main concern is the hundreds of thousands of refugees on Turkish soil. According to sources close to Maximos Mansion who choose to remain anonymous, there is fear that if Athens does not meet Ankara’s demands, Turkey might open the refugee flow to Greece.
Furthermore, on Sunday Turkey’s Ambassador in Athens Kerim Uras hinted that if Greece does not extradite the eight asylum seekers immediately, bilateral relations between the two countries would deteriorate.
However, on Tuesday in an official embassy statement, there is a correction saying that, “…Turkey’s expectation is an immediate extradition of the military personnel back to Turkey. This would have very positive repercussions on the relations of both countries. On the other hand, a negative decision might cause negative feelings in the Turkish public opinion.”
The Greek government is in a tight spot with Europe expecting that Athens would protect the rights of the eight asylum seekers and Turkey demanding their extradition, issuing indirect threats as well.
“What is happening in Turkey must be judged with caution, because we do not know whether the recording of events correspond to reality and to what extent and depth,” Xydakis said on Greek radio.