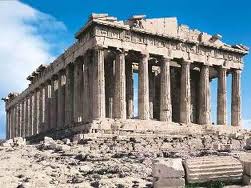 It has been 200 years since Greece was robbed of its famous marble Parthenon sculptures, known around the world as the so-called “Elgin Marbles.”

Just when it seemed that these 2,500-year-old marbles might actually be returned to their home in Athens, the European Court of Human Rights has thrown out the first ever legal motion to force the UK to return the sculptures to Greece, brought about by the Athenians’ Association.

The European Court stated that since the alleged crime of stealing the marbles from Greece took place 150 years ago that it did not have the legislative power to consider the lawsuit, since the robbery occurred before the UK signed into the human rights convention.

“It is clear from the nature of the applicant’s complaints that its underlying grievance is the allegedly unlawful removal of the marbles from Greece. The removal having occurred some 150 years before the Convention was drafted and ratified by the respondent state, the applicant’s complaints would appear to be inadmissible,” the court said of its ruling, according to the independent.co.uk.

This is just another obstacle that has arisen in returning the marbles to their rightful home atop the Parthenon.

Furthermore, the judges also added that the Athenians’ Association did not have “any right…to have the marbles returned to Greece.”

This action is not deterring the Athenians’ Association in the least. They said that they will continue to pursue getting the UK to return the stolen marbles to Greece.

“Globally, this first statement of the European Court, historically the first court judgement, on the subject of the Parthenon Marbles highlights the points that Greece should focus on with particular attention in her recourse against the United Kingdom,” said Vassilis Sotiropoulo, legal representative for the Athenians’ Association. 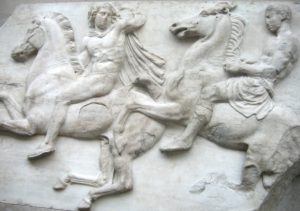 Recent polls have shown an overwhelming majority of UK citizens support the reunification of the Greek Marbles as an Ipsos-Mori poll recently showed 69 percent of Britons were in favor of returning the marbles, while only a mere 13 percent were against.

Also, MPs put forth a new Bill, The Parthenon Sculptures (Return to Greece), which was presented on July 10 by a joint-partisan panel composed of Liberal Democrat MP Mark Williams, supported by Conservative Jeremy Lefroy and 10 other MPs from Labor, the SNP and Plaid Cymru.

“These magnificent artifacts were improperly dragged and sawn off the remains of the Parthenon.”