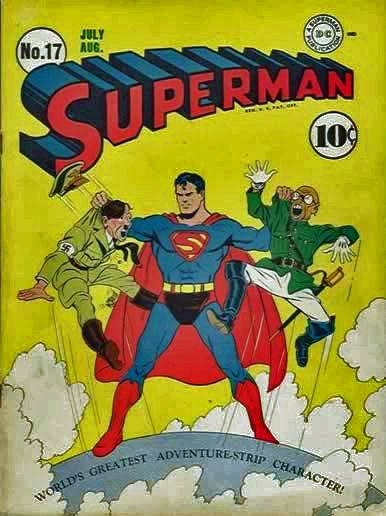 A film production company called TerraMagma Pictures LLC based in Burbank, California, founded by Greeks Dimitrios Katsantonis and Steven Priovolos, is setting out to tell the important and little-known part of history detailing how comic books threatened Hitler’s Nazi regime.
Through the film Of Heroes and Villains, you will see the story of two young Greek children made orphans after the Massacre at Kalavryta, who befriend a young German deserter with a passion for comic books.
The film uses fantasy and elements from history to explore the relationship of good vs evil, paralleling to main themes of comic books.
You can read an article about Of Heroes and Villains here.
Meanwhile, let’s look a bit deeper at why the role of comic books is an important part of history and what threat it created to Hilter and his Nazi Germany.
Comic Books VS Hitler
It is hard to imagine why Hitler banned comic books during his rule of the Nazi regime.
The fact is that very few people know about the threat that comic books — particularly those from the USA — posed to the Nazis. 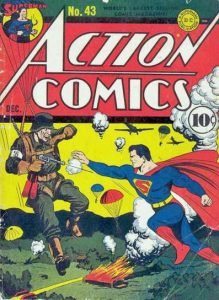 Unbeknownst to Hitler, comic book creators had a hidden agenda as they recognized that Hitler’s Nazi Germany was a dangerous and unsettling metamorphosis in humanity that would have great repercussions. They realized this some time before the masses of society around the world joined in to fight the Nazis.
The Nazi Party first failed to identify comic books as a political propaganda tool against the Nazi regime. They even embraced the idea of Aryan Supermen ruling the universe until they became aware of one over-looked fact: the vast majority of the comic books were produced by Yankee Jews from the US, who began to use their comic heroes as the destroyers of the Nazi party in efforts to expose the global threat. 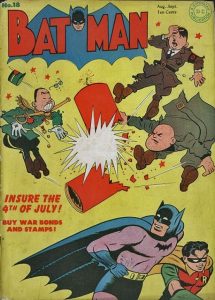 Once comic book’s hidden agenda and their Jewish origin was unveiled, Hitler declared a ban of comic books and a mass-burning of comics in the late 1930s. Basically, all comic books seized to be published in Nazi Germany and were banned under the Nazi party Smut and Trash decree in 1933.
The reaction of the Nazis towards the comic book character Superman was particularly harsh since the creator of Superman was Jewish and the character created was thought to be an attempt of creating a super race, a direct insult to the Nazis who believed that they were indeed creating a super race by killing millions of Jews. 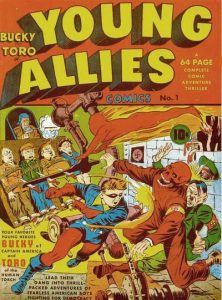 In an excerpt from a publishing in the SS magazine Das Schwarze Korps, April 25, 1940 tries to discredit the famous Superman hero by speaking of the comics Jewish creator, Jerry Siegel, by saying that he “is a fellow who is intellectually and physically circumcised and has his headquarters in New York. He invented a colorful character that boasts a striking appearance, a strong body, and a red swim suit…The creative Israelite named this pleasing character with an overdeveloped body and underdeveloped brain ‘Superman’.”