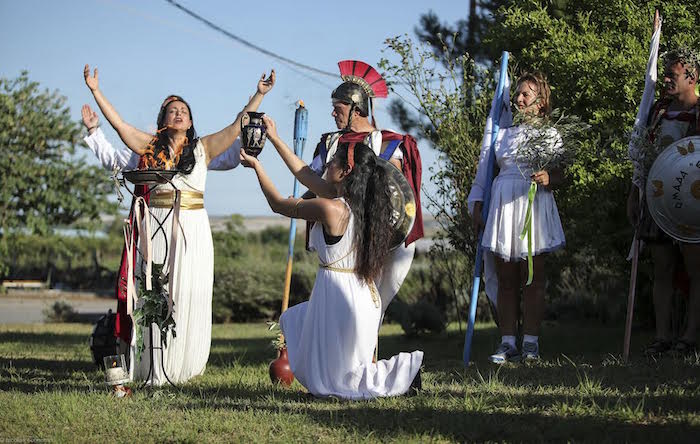 Most visitors to Greece relate to its ancient past through monuments, museums, or, if they are really motivated, through books. Few, if any, are ever exposed to a real life display of faith in the twelve gods or ancient hoplite training. This experience does exist.
Every year during the first weekend of July, thousands of people turn out in the foothills of Mount Olympus near the town of Litohoro to celebrate the Olympian gods and to re-create and, in some cases, relive the lives of the ancient Greeks. In 2016, the celebration took place between July 7 and July 10. 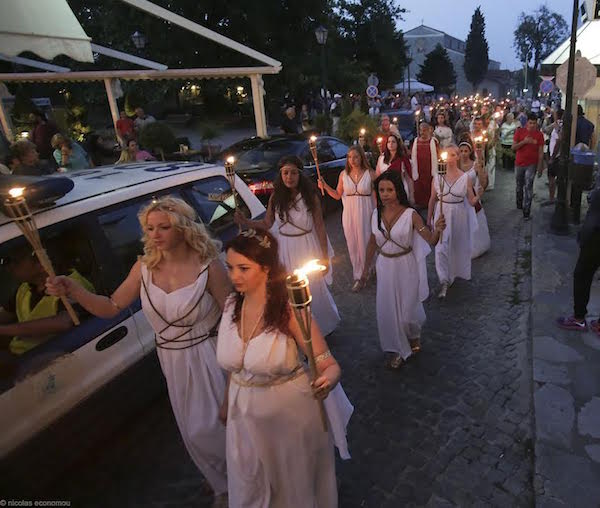 The three-day long event called “Promeithea” has been going on since 1995 and is the brainchild of Tryphon Olympios, a professor and lover of ancient Greek philosophy. Olympios, a solemn, bearded man who might easily pass for an ancient philosopher himself, hopes that more and more Greeks tap into their ancient roots, particularly the ethics that made the region the cradle of Western civilization.
The event is punctuated by ancient poetry, lectures, music, dance, ceremonies and food. There are even training sessions for would-be spear throwers and sword fighters. The first 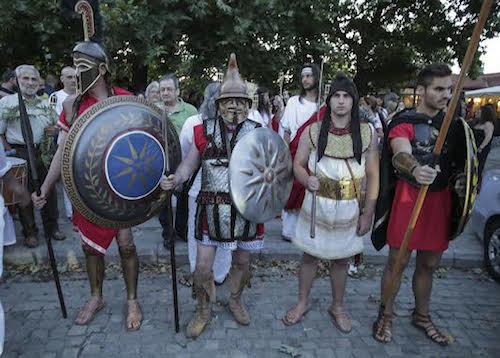 night sees a parade of hundreds in costumes holding torches marching through the streets of Litihoro. The rest of the event is held in a meadow just above the town with events happening each hour. The food, though simple, was surprisingly tasty: a stew of bulgur with hunks of meat served with a goblet of wine.
Many of the participants are hostile to modern Greece and monotheistic religion. The current crisis, many say, is caused by Greece losing not only its ethics but also its identity as a leading country of humanistic and individual values. Between the tents in the forests near the meadow, talk of politics, religion and society is rampant but the solution is always the same: it is time to bring Greece back to the ethics and values of the Golden Age.