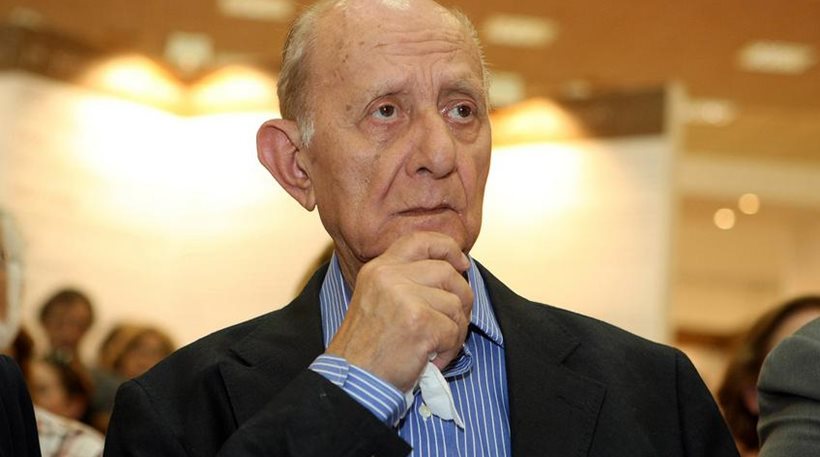 Greek academic, essayist and ancient text translator Dimitris Maronitis passed away at the age of 87. The announcement of his death came from his daughter Erifyli, through social media.
Dimitris Maronitis was born in 1929 in Thessaloniki. He graduated from the city’s Experimental School and later studied Philosophy at the University of Thessaloniki. He also obtained a master’s degree from Humboldt-Stiftung university in Germany, after receiving a scholarship. In 1962 he received his PhD from the Aristotle University of Thessaloniki where he taught ancient Greek between 1963 and 1968.
During the military junta in Greece he was fired from the university and arrested. He spent 8 months locked inside a prison cell until early 1973, where he wrote “Black Peace” (Mavri Galini) on old napkins. His work was first published in October 1973 in the 8th and last issue of the magazine “Synecheia” and later in 2007 by “To Rodakio” publications.
He started working as a Philosophy professor again in 1975, until 1996, while he was also a visiting professor at universities in the U.S., Cyprus, Austria and Germany. Furthermore, he was appointed president and director of the Greek Language Center, based in Thessaloniki.
Dimitris Maronitis translated Homer’s Odyssey and Iliad. He wrote books, monographs and articles on Homer, Hesiod, Sophocles, Herodotus, Alcaeus and Sappho, while he also studied and published essays on modern Greek poets, mainly representatives of the first post-war generation, such as Odysseus Elytis, George Seferis, Miltos Sachtouris and Dionysios Solomos.