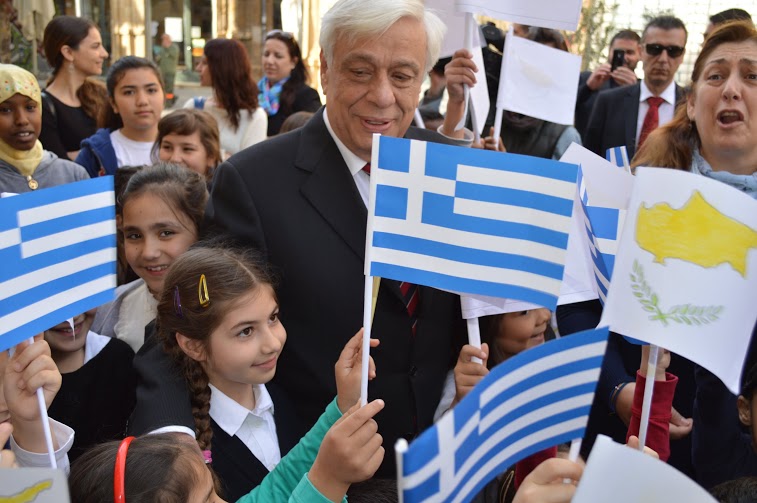 The crisis in the European Union is one of values, not economics, President of the Hellenic Republic Prokopis Pavlopoulos said on Monday in Nicosia.
“Europe has distanced itself from… those [humanist] values and principles, which after WWII led to the effort to create Europe,” he said, addressing a ceremony twinning the Elpida Foundation for children with cancer on Cyprus and its counterpart in Greece, during which the two organizations signed a protocol of cooperation.
Pavlopoulos referred to the tireless effort that began 26 years ago in Greece and Cyprus, by brave women such as UNESCO Goodwill Ambassador Marianna Vardinoyannis, to set up the Elpida Foundation for children with cancer, which he said was “a jewel for the social state.”
Noting that the twinning of the two organizations was an important example of union at a critical time for Greece, Cyprus and the world, Pavlopoulos wished the effort every success.
Cyprus President Nicos Anastasiades thanked Pavlopoulos for attending the event and said it signaled the determination of the Greek and Cypriot states to contribute as much as possible to ensuring the success of its goal and purpose, which was to increase hope and the efforts to help children with cancer and leukaemia.
Vardinoyannis said the twinning of the two foundations will open up new avenues for assisting children with cancer.
(Source: ANA-MPA)