GRNews
GreekReporter.comGreek NewsEconomyEight in Ten Greeks Live on Less than €1,000 a Month 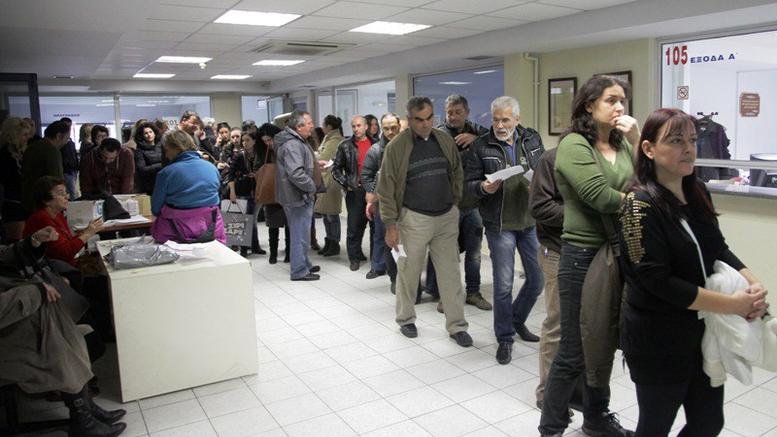 The completion of the third bailout program in 2018 will find 90% of Greeks declaring income less than 12,000 euros per year, while at the moment the number is 80%, a Kathimerini newspaper report says.
At the moment, 80% of taxpayers (about 6,500,000 Greeks) declare less than 1,000 per month on their income tax declaration. It is estimated that another 500,000 will join them by the end of the third bailout program in 2018, raising the percentage to 90 points.
Of the 2,000,000 workers insured in the Social Security Fund (IKA) now, only 70,000 qualify to get pensions higher than 1,000 euros. Given that wages 1,500-2,000 euros correspond to pensions of about 800 euros, the number of those living on less that 1,000 euros per month will be increasing in the following years.
At the same time, those who retire will be replaced by workers who will be getting significantly lower wages as the minimum wage has dropped to 586 euros per month.
Also, since Greece will follow the rest of Europe in the trend of more workers employed in part-time positions, it is expected that within the next three years, 100,000-150,000 workers making around 400 euros per month will be added.
Regarding pensions, given that 80,000-90,000 pensioners die every year, they will be replaced by people who receive lower pensions, between 30% and 35% less, thereby increasing the percentage of those living on less than 1,000 euros per month.
Based on 2014 income tax data from the General Secretariat for Public Revenue, out of 7,980,000 taxpayers, 6,532,000 declared annual incomes of less than 15,000 euros. This means that after taxes, 6,532,000 Greeks live on less 968 euros per month.