Shabab Web Radio in Athens Caters to Migrants and Refugees 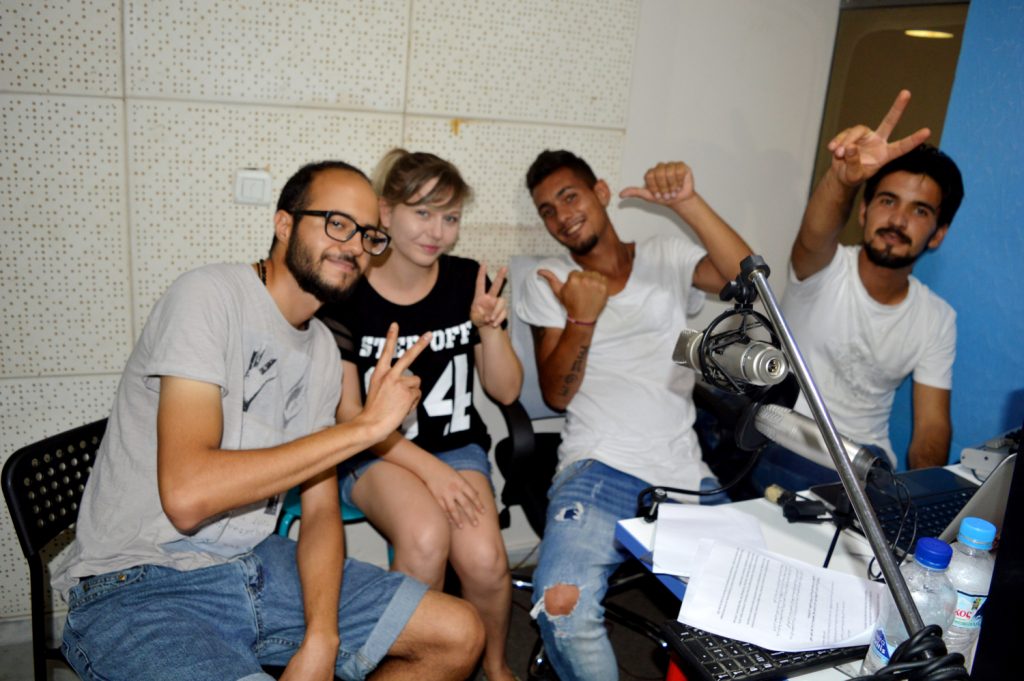 Shabab in Arabic means friends. Along these lines, Shabab web radio, based in Athens, caters to refugees and migrants who live or are stranded in Greece.
The multicultural internet radio station broadcasts news, music, entertainment programs and information that is useful to migrants. It was launched about a month ago and its programs are broadcast in English, Greek, Arabic and Farsi.
“We present stories relating to the new generation, people 20-40 years old. This generation has the opportunity to change things,” Stephanie Sisofski, one of the founders of Shabab, told ANA-MPA news agency.
Sisofski is 25 years old. She is a Polish national who grew up in Germany and lives in Greece for the past five years. She is a freelance journalist. Together with the Syrian Ahmed Agia, the Spaniard Luis Santos and Greek Xanthippi Lemontzoglou decided to start Shabab Radio. “Our generation has seen that we are all the same, no matter which country we come from, and we should not be afraid of each other,” she said.
One of the refugees working in the station is 20-year-old Afghan national Azad Aminti. Azad is in Greece four months now and awaits the processing of his application for asylum. He claims that Afghanistan suffers from a civil war and that he doesn’t feel secure in his country. He calls on Europe to give refugee rights to Afghans.
Syrian Tariq Wadi, one of the co-founders of Shabab, left home in February and landed on the island of Chios via Turkey. Today he lives in Athens. Tariq is a rap artist  and this was one of the reasons he left Syria. “There is no freedom for artists. I used fake photos as a rapper, because I was afraid that the government would kill me,” he told AMNA-MPA. Tariq has applied for the relocation program and awaits for the reply. He said that wherever he goes in Europe, he will continue to be involved with Shabab.
Ahmed Agia has moved to Spain, but continues to work for the station as a graphic designer. Louis Santos returned to his native Spain. “We can easily become a European network,” Sisofski said.
The group is seeking sponsors in order to expand its programming to more than a few hours per day and improve quality of services such as better sound. They also seek sponsorship to organize concerts, festivals and other events.
“Radio is not just a medium, it is the philosophy to build a community around it,” the founders say.