GRNews
GreekReporter.comGreek NewsEconomyMayor of Samos on Refugee Crisis: 'We have been left alone to...

Mayor of Samos on Refugee Crisis: 'We have been left alone to manage' 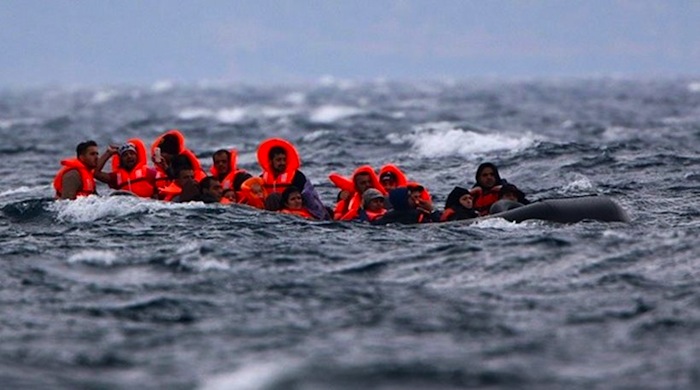 At a press conference on Tuesday the mayor of the Greek island of Samos, Michalis Angelopoulos stated that the efforts to cope with the migrant crisis hitting Greece hard over the past couple of years need to step up.
Angelopoulos said that both the European Union and Greece were failing to adequately help his island cope with the migrant crisis.
“We have been left alone to manage the crisis. Not just by Europe, but also by the Greek government,” Angelopoulos, from the Conservative New Democracy party, told the group of journalists.
“Pope Francis’ message in Lesbos was important, but there has been no management strategy on the part of Athens,” Angelopoulos said.
The mayor went on to note that although there have been efforts to help the islands cope with the influx of migrants that new strategies and more resources are needed.
Figures show that the islands of Samos, Lesbos, Chios and Kos have seen an average of 400 migrants arriving per day, and there are not adequate infrastructures in place to handle so many people.
Angelopoulos said that of the 248 million euros allotted to the crisis only about 5 million had reached the municipalities.
The crisis has hit the island’s tourism hard as Samos has seen tourist numbers fall by 39 percent this season.
“There are less arrivals from France and Britain,” Angelopoulos said. “But after the attack in Istanbul, it is possible that tourists heading for Turkey will move to the Greek islands. We are optimistic about a recovery,” he said.
“We have also launched a series of initiatives to attract Greeks who live abroad. We want them to spend their holidays in the land of their ancestors, so that they get to know it,” Angelopoulos added.